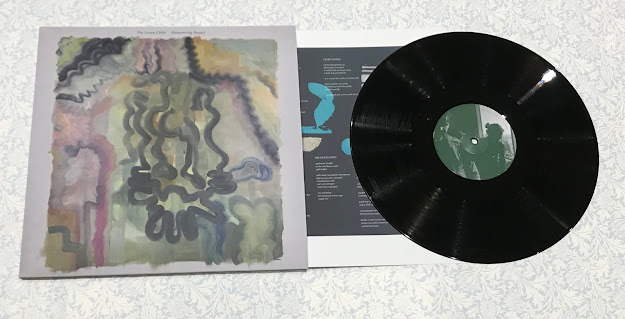 The Green Child’s arresting new record ‘Shimmering Basset’ is released today on Upset The Rhythm! We’ve pressed this elegant album of electronic invention and ‘daydreams in a new home’ up as a special eco-minded edition: recycled card for the sleeve and inserts, natural dyes, compostible outer-sleeve and reclaimed 180g vinyl too, as green as it gets for The Green Child!

The Green Child is the once long-distance, now based in the same house recording project of Raven Mahon (furniture maker and former member of Grass Widow) and Mikey Young (recording engineer and band member of Total Control, Eddy Current Suppression Ring). The duo draw their spectral pop sound from an illusory past as much as they stalk into pastures new. Broadly retro-futuristic in scope, verdant acres of lushly evocative synthesizers and vintage drum machines underpin most of The Green Child’s upbeat yet decidedly uncanny songs. Raven's calmly scenic and measured vocal flits like a will-o'-the-wisp throughout the tracks, proffering a guiding hand as she walks us through the often eerie electronic concoctions. The Green Child have really climbed a ladder with ‘Shimmering Basset’, delivering a robust album of compelling melody, expanded vision and melancholic grandeur. These are songs that fully inhabit themselves, unfurling into a redolent dreamscape, subtly handled with poise and finesse. For our last UTR release of 2020 we’re going out on a high!

‘Shimmering Basset’ is available stream everywhere, whilst the LP can be bought in all the best records shops and our webstore here now! 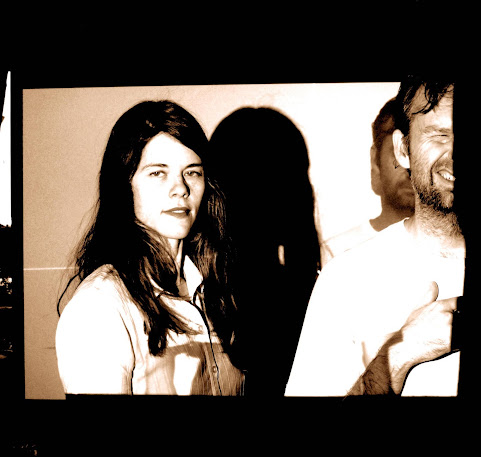 With the advent of Raven moving from California to live with Mikey in Australia, The Green Child was reborn in the basement studio of their beachy, house on stilts in the seaside town of Rye, just an hour south of Melbourne on the Mornington Peninsula. This change of circumstances for the duo resulted in the band’s new album ’Shimmering Basset’ sounding more assured and auspicious than their self-titled debut of 2018. With ideas permitted the time to grow and develop close at hand, the group were able to realise the whole record as a body of work, tying together themes, meeting challenges. Raven explains further, “it feels more cohesive because over the year or so in which we wrote these songs I started to feel a desire to take the lyric writing part more seriously… my head is rooted in this new place now and that’s settled into the songwriting.” The songs collected on ‘Shimmering Basset’ are concerned with life after relocation and deal with distance and staying connected. ‘Shimmering Basset’ also concerns itself with the subjects of transport, escape, the centering of home, humanity in the performative news arena and the idea of time being a beast, animate and hungry.

‘Fashion Light’ conjures up a brilliance from the first few sparks of the album, spinning dizzy dots of synth melody into a classy slice of avant-pop. Rolling live drums (courtesy of Shaun Gionis throughout the album) and tuneful iridescence pan back and forth as Raven coolly intones “dark console, flashing lights, rigid stance, it’s alright to go on and on this way.” ‘Low Desk: High Shelf’ follows in likewise sprightly mode. Glancing synths criss-cross, worthy of OMD, echoing off the straight-up beat, allowing Raven’s collected vocal to stitch its haunted path: “see the face and feel your body sway, in voluntary walk, intoxicating view, take it home, a photograph, a file final form, a token for the shelf or wait…”

A floating kick drum sets off the shivery flurries of sound on ‘Witness’, featuring bristling electronic percussion from James Vinciguerra. ‘The Installation’ is a song about interacting with the dimensions of a new environment. Blossoming basslines and saxophone blushes sweep through its relaxed atmosphere. ‘Tony Bandana’ makes a break for it as a rock song with Arron Mawson lending his bass skills to the foray. Bestilled pauses and swirling breaks of beatpop psych however certainly shake up first impressions. Mikey even joins Raven singing plaintively here for a dip among the sawtooth waves.

The Green Child acknowledge an interesting array of musical cues from New Musik via Sade to Hot Chocolate, the latter most keenly felt on the slinky groove behind ‘Dreamcom’, a song about relying on memory as an anchor for intimacy. Clockwork sequencing, drawbar organ amid bouncing guitar spirals and a lightness of vocal touch make for a potent potion. The duo even cover ‘Resurrection’ by Canadian 60’s popsmith Andy Kim later on the record, turning his orchestral ‘hymn of searching’ into a grandiose tower of overlapping drones, languid vocal reverb and strummed chords. Meanwhile, ‘Health Farm’ is awash with questing keyboard melodies, its notes speeding into each other like Boards Of Canada with the legato ramped up.

‘Double Lines’ draws this fascinating album to an end, seeping into the room like an apparition. It slowly gathers itself into pools of notes and a rubbery bassline, letting Raven’s voice ebb and flow like a half-remembered desire book-ended in ambience. The Green Child have really climbed a ladder with ‘Shimmering Basset’, delivering a robust album of compelling melody, expanded vision and melancholic grandeur. These are songs that fully inhabit themselves, unfurling into a redolent dreamscape, subtly handled with poise and finesse. It’s an elegant album of electronic invention and wistful musing, a daydream in a new home, as alive as time.

‘Shimmering ‘Basset is due for release this October through Upset The Rhythm, accompanied by a spirited painting by Anna Savage on its cover.

Posted by UPSET THE RHYTHM at 00:17 No comments:

Posted by UPSET THE RHYTHM at 06:23 No comments:

Amber & Andy from Naked Roommate taking on some essential Qs! 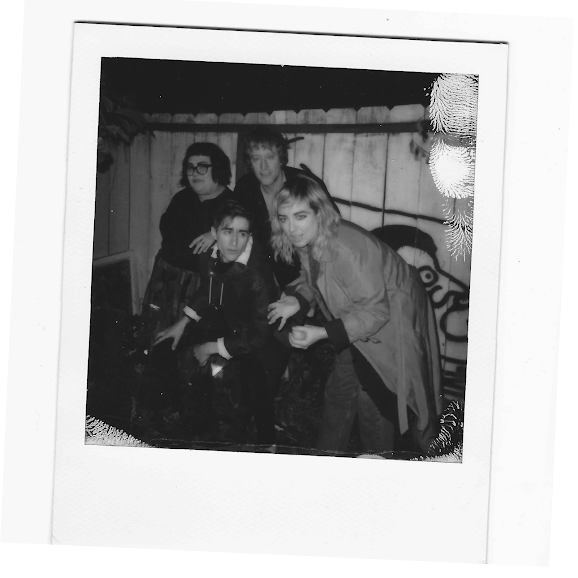 Who are Naked Roommate?

Amber Sermeno: We are bare and in your room. You’re also pretty sure we took a bite out of that block of cheese in the fridge.

Why should we “'Do The Duvet”?

AS: It seems like a lot of work, but it saves you time in the end

What’s the difference between “Mad Love” and Toxic Love?

AS: When it’s mad you don’t care if it’s toxic. When it’s just toxic you’re traumatized I guess

Your sound is acid and sweet at the same time, can you explain to us why?

AJ: Probably because we listen to acid music and eat chocolate.

AS: Maybe it’s my confusion between mad and toxic love

Tell us more about the American subterranea?

AS: It’s so underground now, it only exists in our bedrooms.

What's your opinion about our current post-modern lives?

AJ: My opinion is that we are discovering that our lives are perhaps more modern than we thought. The return of meta-narratives in the form of renewed class struggle and ideological warfare seems to disagree with the "end of history" perspective that post-modernism supports. The pandemic has already forced us to adopt post-capitalist strategies, the easiest example being the stimulus checks.

AS: This invisible virus has been responsible for more praxis than any movement could’ve ever organized. With illusions disrupted and made so clear, it’ll hopefully shake us out of our post-modern nihilism and toward a return to more modernist ideals.

AS: Can I get a mood board?

AJ: Both! Because, as you know, they were married long ago.

‘Do The Duvet’ by Naked Roommate is out now!