Prolapse back in London this October! 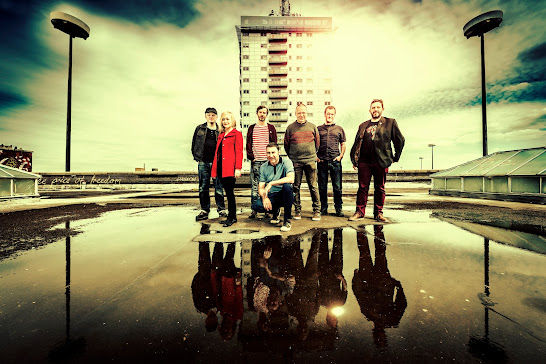 PROLAPSE originally formed in Leicester in the early 1990s and earned a cult following for their chaotic live sets, and tense and repetitious songs like Flex and Tina This Is Matthew Stone. They feature duelling vocalists Mick Derrick and Linda Steelyard, who play out an intense soap opera over a ferocious triple guitar assault and pummelling rhythm section.

Their releases have included numerous singles and four albums on various labels, including Cherry Red and Radar, as well as recording four Peel sessions. The band has received critical acclaim, including singles of the week on the Radio 1 evening session and NME. They have also toured and shared bills with a diverse array of bands, including Stereolab, Sebadoh, Arab Strap and Sonic Youth. Pavement’s Stephen Malkmus described Prolapse as the best band of the weekend at Reading Festival.

After a long hiatus, the band reformed in 2015 and occasionally play live dates. This short UK tour offers a rare chance to experience the Prolapse live show. Two of the band’s Peel sessions have recently been released on the Precious Recordings of London label and Pointless Walks to Dismal Places is re-issued as a double gatefold LP on Optic Nerve Records in July.
https://prolapse2.bandcamp.com/