WAY THROUGH are a pastoral punk duo originally from Shropshire, now residing in London. Informed by the field as much as the flyover, Way Through write songs which phase in and out with guitar, tapes, damaged drums and vocals. Using wrong-footed repetition, rapid interplay and free-looping happenstance the band create a ragged yet intuitive tapestry of sound. Their songs walk the streets of market towns, wait forever at bus stops and lose themselves in edgelands. 'Arrow Shower' is the title of Way Through's debut album, recorded in their practice space Deep House during a particularly heavy snowstorm in early winter 2011. The name of the album is taken from a set text of Philip Larkin's 'Whitsun Weddings' heavily annotated by a 14 year old schoolboy found in a junk shop in Much Wenlock, often described as England's most perfect village. Way Through find great resonance with the spirit of place and try and channel its feeling into their music, joining the dots between lost places and deteriorating histories. 'Arrow Shower' is out in stores from TODAY and you can buy it from UTR now here! 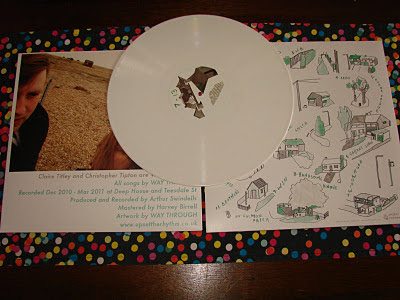 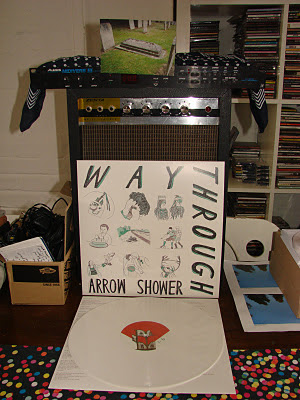