Evening all!
It’s been a very productive week so far for Upset The Rhythm. We’ve announced new shows for Downtown Boys and Neil Michael Hagerty & The Howling Hex, plus new records for Dog Chocolate and The World. Both shows are listed below and you can have a first listen to both of those releases here too.

This Friday we’re also releasing a digital single by Bamboo, hot on the heels of their excellent debut LP ‘Prince Pansori Priestess’. Friday’s release teams up monumental track ‘Hexagonal’ from that album with their latest celestial effort ‘Diamond Springs’, recorded literally last week. Check out this for some artwork too, not bad! Reminds me I must invest in a new shroud. 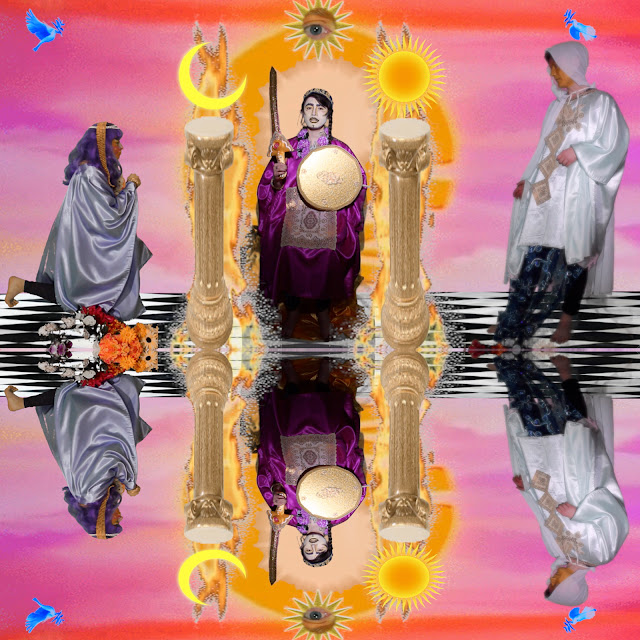 If that wasn’t enough, tomorrow we also have two European tours kicking off, here are the tour posters for Sauna Youth and Pega Monstro. Are they coming to a city near you? Both bands will be playing London for us soon, listings galore follow… 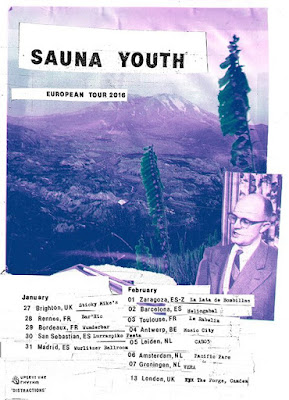 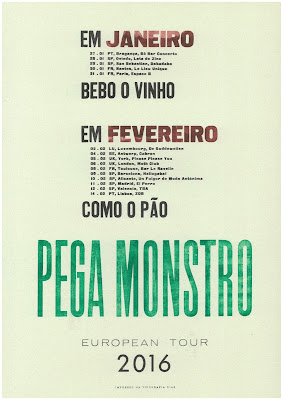 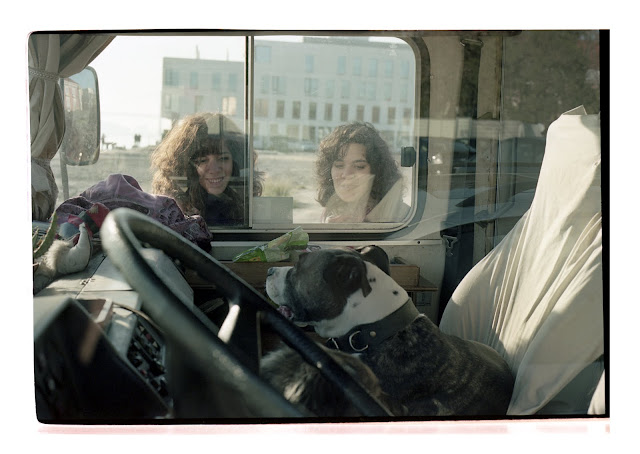 PEGA MONSTRO are sisters Júlia Reis (drums) and Maria Reis (guitar, keyboard), both sing! Born and raised in Lisbon, Portugal, Maria and Júlia have been playing music together since they were 15 and 17 respectively, in other groups first before resolving on becoming a duo. Back in 2010, both sisters started a record label, along with some of their musician friends, called Cafetra Records to document Portugal’s garage punk scene. Cafetra represents a community of like-minded musicians who all help each other, making music that they’d want to hear, powered by enthusiasm. 2012 saw Pega Monstro release their self-titled debut album, making for a raucous record that met with critical national acclaim. Last summer, Pega Monstro released their new album entitled ‘Alfarroba’ on Upset The Rhythm. The songs on ‘Alfarroba’ deal with many themes, some universal topics like love and growing up, others focusing on the nature of writing songs themselves, whilst some try to make sense of the world from a female perspective. Returning to London after their spectacular performance with Deerhoof last August, expect torrents of energy from Pega Monstro; snare rolls triggering flights of guitar, and fogs of cymbal shimmer that form steps for their vocals to climb.
https://pegamonstro.bandcamp.com/album/alfarroba

RATTLE are a drumming duo based in Nottingham. Rattle focus almost exclusively on drums and more drums, beneath a delicate overlay of vocal harmonies and percussive effects. Formed by Katharine Eira Brown (also of Kogumaza) and Theresa Wrigley (also of Fists); Rattle began as an experiment in crafting rich songs and melody using drums and voice alone. Their music weaves and intertwines post-punk, minimalism and experimental rock, through off-kilter rhythms, patterns and counter melodies. Their live performances are at once hypnotic, monastic and danceable, entrancing audiences at Supersonic Festival, Dot to Dot and throughout the UK during December’s recent tour with Witching Waves.
https://rattleon.bandcamp.com/

ES are a brand new band featuring Maria, Flora, Tamsin and Katy, who you may know from their other excellent bands Primetime, Gloss Rejection, The Worms and Black Fungus. Weaving sinewy keyboard lines and a direct vocal around the bass and drums they write stark songs that are as hard to pin down as they are inventive. It's still early doors so no music online yet, you'll have to come and see them play to know more! 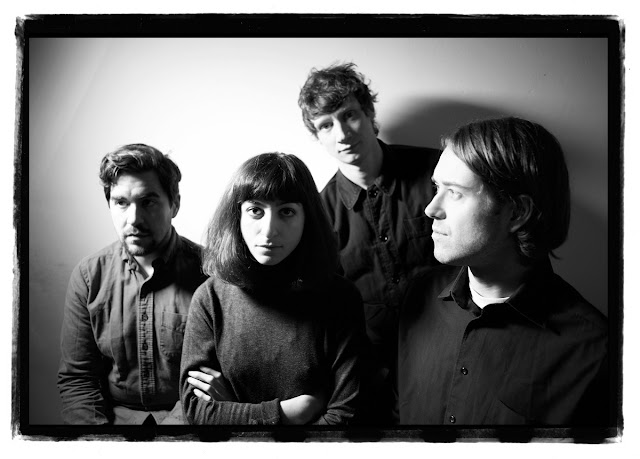 SAUNA YOUTH are an evolving band of future humans making truly irregular punk, not quite comparable to anything else. "Weird" is a meaningless platitude and "art punk" is a classifier that shouldn't be required. Consisting of Richard Phoenix (drums, vocals), Lindsay Corstorphine (guitar), Jen Calleja (vocals, sampler) and Christopher Murphy (bass), Sauna Youth are a punk band that's happy to embrace all of the contradictions that go along with that notion. On paper, Sauna Youth sound considered - live, they can barely be contained. They are at times furious, unstoppable and severe, with the sampler wailing like an alarm coming from a parallel universe - then chugging, poppy, harmonious and fun. Forever loud. This show celebrates the release of their excellent new 7” ‘The Bridge / Blurry Images’ out on Upset The Rhythm.
https://saunayouth.bandcamp.com/

NOT SORRY are four slinky-synth, disco-punx from London, featuring members of Joey Fourr and Ravioli Me Away. Check out their recent split tape with Holysix on Good Job/SixSixSixties for plenty of woozy, sometimes disquieting, always irrefutable pop bangers.
https://soundcloud.com/not-sorry-1

SARCASM bring the brittle post-punk, featuring members of Efialtis and Snob. No recordings online yet, demo in the works.
https://www.youtube.com/watch?v=lqNC8i7ETw4

Until we meet again have the best of times!
UPSET THE RHYTHM
x

Posted by UPSET THE RHYTHM at 12:07 No comments:

Neil Michael Hagerty & The Howling Hex in London this May! 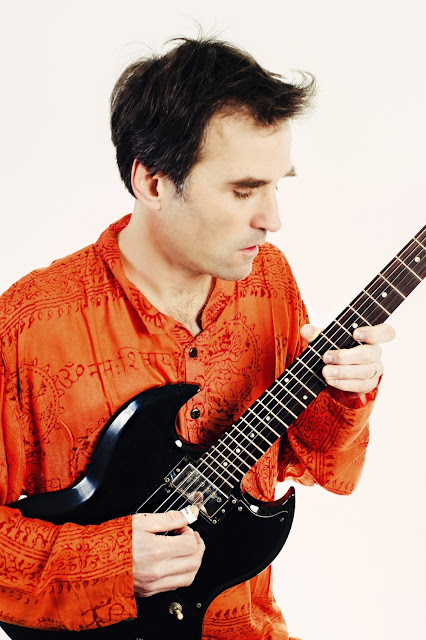 Terrific 5* review of Bamboo's 'Prince Pansori Priestess' album in Record Collector this month! Thanks go out to Colin Clements for such keen listening! 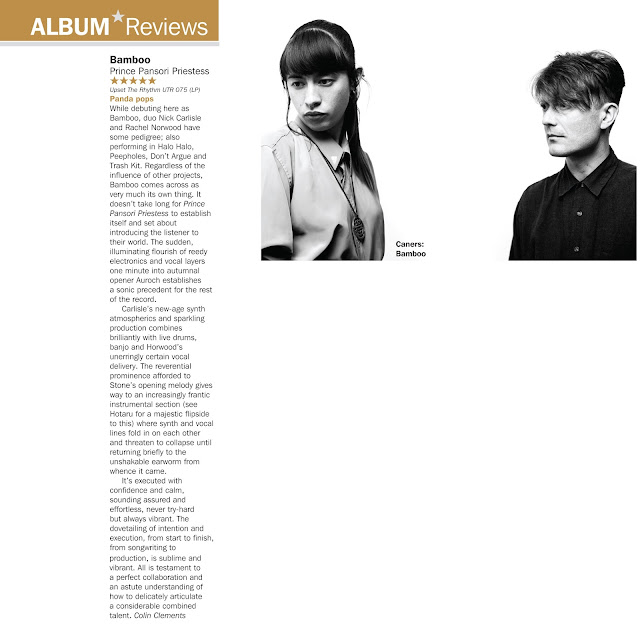 Posted by UPSET THE RHYTHM at 02:13 No comments:

Listening to The World!


Look out April 1st, as we're releasing this immense debut 7" by The World into the wild.

The World emerge from the raucous DIY music scene of Oakland, California, and are happy to mess with the ‘drums/bass/guitar’ format of punk by throwing in not one but double saxophones. There’s a restless energy at play in their music, with the bass and drums often holding down the song, allowing the other instruments to wrangle for centre stage. Amber’s hypnotic yet direct vocal dances over the top of this lively framework with as much impulse as instinct.

'Managerial Material' is the lead track from the 7". It's a song as contagious as it is fun, with a clear focus on wanting to make the whole room dance before leaving with its echoed message trapped inside their heads.

Limited to 500 copies on neon yellow vinyl, the record features the tracks 'Managerial Material, 'Talk', 'It Takes 2' and 'In Pieces'. Available to pre-order here now! 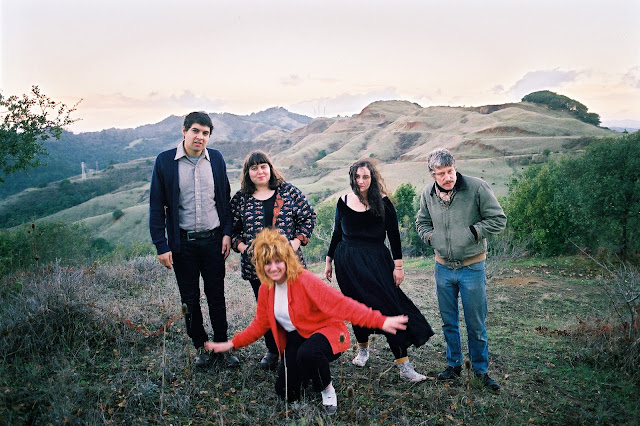