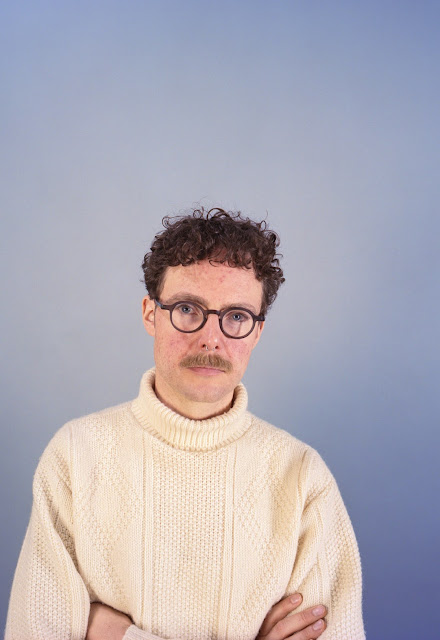 IAN WILLIAM CRAIG moves you over shifting tectonic plates of operatic improvisations, fields of tape hiss, haunting pastoral melodies and billowing clouds of becoming. Drawing out analogies between his dual practices of music and print-making, Ian’s work is deeply informed by a narrative of impermanence, “notions of life as an act of becoming, and beauty within degradation and deterioration – these have been kernels that I’ve been really drawn to … When I listen back to my compositions and I look at the art I create, there’s some kind of aesthetic drive or core that I seem to constantly orbit…these becoming forms and notions of decay and circling.” Blending choral, ambient and noise influences together into this customised array of tape decks, Craig focuses on a combination of classical vocal training and process-based uncertainty, His music delivers an elegant balance between theatrical and ambient sentiments, by combining the essence of a choral album from Angel Records or Deutsche Grammophon with the distorted spontaneity of experimental home-recording and the likes of Fennesz or William Basinski.

Signing to FatCat’s post-classical imprint 130701 in 2016, Ian’s debut album for the label, ‘Centres’, was released to widespread critical acclaim, and was followed by his debut UK/European tour. The album made numerous end of year lists, and in 2017 was followed by another EU tour and the release of the ‘Slow Vessels’ EP, a collection of six tracks from ‘Centres’ re-recorded as acoustic versions. 2018 saw the release of ‘Thresholder’ a brilliant collection of material collected together to form a between-albums release. Craig’s new album ‘Red Sun Through Smoke’ is due out this March. Forged from an intense, bewildering slew of emotions, the album is embedded with incredible beauty, sadness and depth. ‘Red Sun Through Smoke’ is a profoundly moving album, a standout record in a prolific body of work that shows no sign of faltering.
https://ianwilliamcraig.bandcamp.com/

x
Posted by UPSET THE RHYTHM at 01:59 No comments: 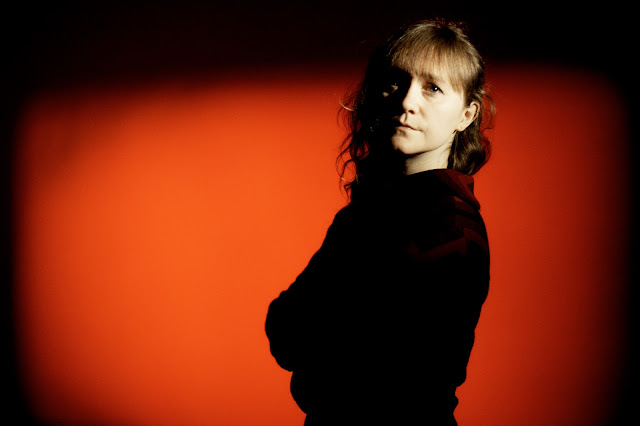 BRIGID MAE POWER paints expansive songs that are effortless, hypnotic and folk-oriented like Judee Sill, Bill Callahan and Sharon Van Etten. The third album from the celebrated singer/songwriter, ‘Head Above The Water’ is a coming of age opus featuring a ground-breaking amalgamation of traditional folk and country - an engaging blend of strings, bouzouki, piano and Power’s distinctive vocal make this an achingly beautiful body of work. Recorded in analogue studio The Green Door in Glasgow with Alasdair Roberts co-producing alongside Brigid and Peter Broderick. It’s a continuing tale of everyday survival; more diverse, different, a bigger canvas, with broader brushstrokes. Country and traditional folk rub shoulders, making for a juxtaposition of threads, with added instrumentation from five musicians lured into the studio to provide larger dynamics. After two lauded albums for Tompkins Square, Brigid Mae Power releases her new album on 5th June via Fire Records.

Posted by UPSET THE RHYTHM at 06:06 No comments:

Lungbutter are coming to London in April! 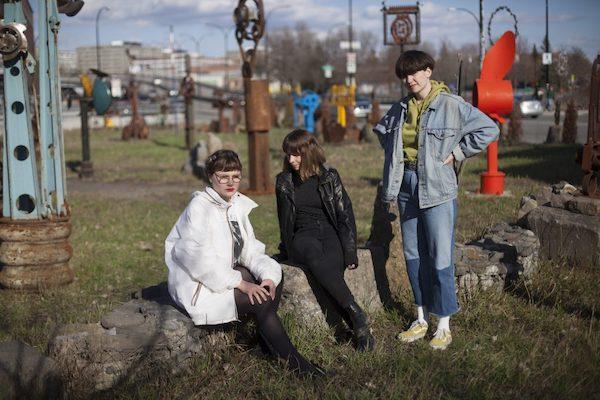 LUNGBUTTER is the Montréal-based trio of Ky Brooks, Kaity Zozula, and Joni Sadler. The three friends have been mainstays of the vibrant experimental noise/rock community in the city for several years, having put in time as members of numerous bands including Femmaggots, Harsh Reality, Caymans, Nennen, Wreckage With Stick and Nag. Lungbutter’s minimal guitar-drums-voice configuration is rooted in a visceral, ascetic punk idiom, refracted variously by free-noise, sludge rock and slowcore. Zozula marshals chaotic motifs of full-spectrum distorto-guitar, occupying a huge tonal space from low-end bass to paint-peeling treble, redolent of blown-out Melvins/Flipper fuzz and equally indebted to the frenetic dissonance of Keiji Haino or Merzbow. Song structures coalesce around guitar riffs of shifting tempos and the backbone of Sadler’s muscular, deliberate drums, while Brooks’ voice – at once mantric and declarative – deconstructs one brilliant lyrical theme after another, dancing along the knife-edge of dispassionate acerbic examination and wide-eyed cathartic revelation.
https://lungbuttermtl.bandcamp.com/

x
Posted by UPSET THE RHYTHM at 03:20 No comments: 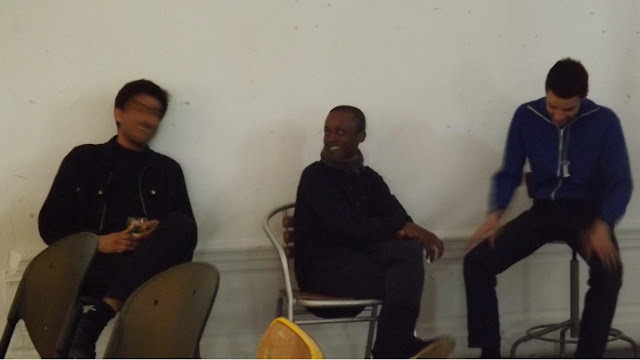 “Handle are pushing at the boundaries of accessibility with ‘Rubber Necks,’ creating deranged punk that is essentially pop at heart, and yet world’s away from anything we’d classify as such. It’s brilliant!”


'In Threes' is out on LP/CD and digitally on March 6th!

x
Posted by UPSET THE RHYTHM at 01:10 No comments: 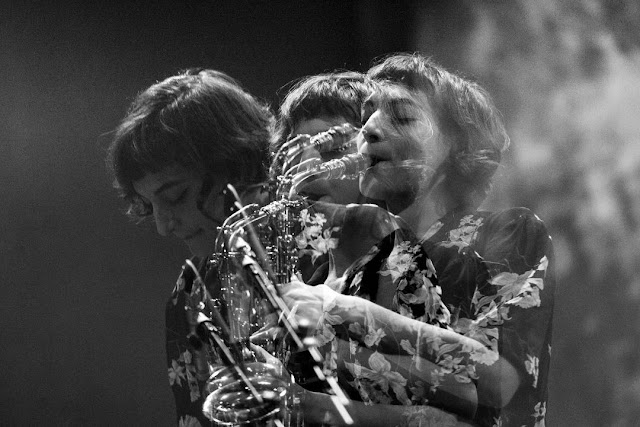 LEA BERTUCCI is an American composer and performer whose work describes relationships between acoustic phenomena and biological resonance. In addition to her instrumental practice, (alto saxophone and bass clarinet), her work often incorporates multi-channel speaker arrays, electroacoustic feedback, extended instrumental technique and tape collage. Deeply experimental, her work is unafraid to subvert musical expectation. Her discography includes a number of solo and collaborative releases on independent labels and last year she released the critically acclaimed 'Metal Aether' on NNA tapes, as well as a commission for percussion ensemble Tigue and a second edition of her much anticipated graphic score book, 'The Tonebook', on Inpatient Press. She has performed extensively across the US and Europe with presenters such as The Kitchen, PS1 MoMA, Blank Forms, The Walker Museum, Roulette, ESS Chicago, Sound of Stockholm Festival, and the Le Guess Who Festival. She is a 2016 MacDowell Fellow in composition and a 2015 ISSUE Project Room Artist-in-Residence.

To celebrate the release of Lea Bertucci’s forthcoming LP and Sample Library 'Acoustic Shadows’, London label SA Recordings are teaming up with Upset the Rhythm to host a record release party at The Ecology Pavilion - a curved, glass-walled space set amid lakes and reed beds in Mile End Park. ’Acoustic Shadows I-III’ was a series of site-specific musical performances and a sound installation that took place in the enclosed hollow body of the Deutzer bridge in Koln, Germany, 2018. Spanning approximately 440 meters across the Rhine river, the extraordinary acoustics and rich existing aural architecture of this site became crucial components of the installation and musical compositions. ’Acoustic Shadows’ the album utilises the “natural processing of sound”, direct audio sources provided by Bertucci and percussionists, tram noise from the bridge and voices of visitors to the installation coalesce with the space’s own reverberations and resonances, creating two sonically opulent compositions. “The LP is best listened to at loud volumes and on good speakers in order to feel the mesmeric power of sound in space”, suggests Bertucci.
http://lea-bertucci.com/

RHODRI DAVIES was born in 1971 and lives in Swansea, South Wales. He plays harp, electric harp, live-electronics and builds wind, water, ice, dry ice and fire harp installations. He has released four solo albums: Trem, Over Shadows, Wound Response and An Air Swept Clean of All Distance. His regular groups include: HEN OGLEDD, Cranc, a duo with John Butcher, The Sealed Knot, Common Objects and a trio with John Tilbury and Michael Duch. He has worked with the following artists: David Sylvian, Jenny Hval, Derek Bailey, Mark Fell, Kahimi Karie, Laura Cannell, Lina Lapelyte, Sachiko M, Bill Orcutt, Jim O’Rourke, Christian Marclay and David Toop. In 2008 he collaborated with the visual artist Gustav Metzger on ‘Self-cancellation’, a large-scale audio-visual collaboration in London and Glasgow. New pieces for solo harp have been composed for him by: Eliane Radigue, Philip Corner, Phill Niblock, Ben Patterson, Christian Wolff, Alison Knowles, Mieko Shiomi and Yasunao Tone. In 2012 he was the recipient of the Foundation for Contemporary Arts, Grants to Artists Award, since 2016 he is a Chapter Associate Artist and in 2017 he received a Creative Wales Award.
http://www.rhodridavies.com/