INDEPENDENT LABEL MARKET on SUNDAY and NAYTRONIX on MONDAY

Morning all,
Firstly, huge thank yous to everyone for coming to Wild Nothing and White Fence this week, two incredible performances, I'm sure you'd agree! This week we've also been inundated with orders for PEEPHOLES' debut album 'The Overspill' too, so again another massive thanks for supporting brilliant music. Tonight at The Lexington we have the one-and-only CHAIN IN THE GANG in town, just 16 tickets left for this one, so act fast if you're interested, THE NUNS and MICKEY GLOSS will both be playing too. Tickets: http://www.wegottickets.com/event/175995

Thanks for bearing with us, three shows in a row can make your head spin! This weekend we have a breather tomorrow and then on Sunday we're taking part in the Independent Label Market for the first time. We'll be selling records from all our back catalogue plus lots of special posters and shirts too at Spitalfields market, alongside Rough Trade, Caught By The River, Soul Jazz, Fortuna Pop and many more. Stop by and say "hello"! 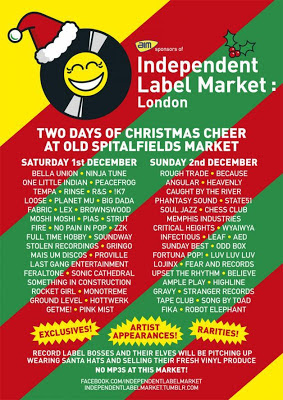 OK, one last thing before we go, and that's to mention our show on Monday for the mighty NAYTRONIX (Nate from Tune-Yards) on Monday at Birthdays. Yes, we've got the ghost of dance punk future visiting with the simply infectious Nate Brenner & Co, primal other-worlders PEEPHOLES and the irrefutable beats/charm of PUNISHMENT too.
Read on for all you need to know… 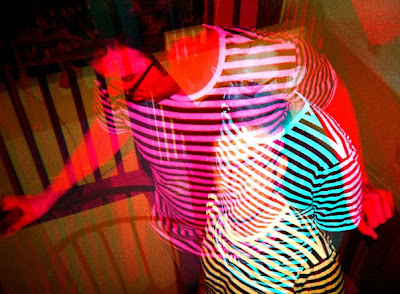 NAYTRONIX is an evil dance band cloned from the stem cells of multi-instrumentalist Nate Brenner. As the bassist for genre-bending institutions tUnE-yArDs and Beep!, he is not a stranger to voyaging across his great many homelands and spinning platinum out of the resources he trades along the way. Nate's songwriting style is deeply rooted in the traditions of the future, which few alive today know anything about. And while the compositions are geared towards the sinister post-apocalyptic dance colonies that are on the verge of sprouting up around the world, an undeniably timeless funk is woven into the Naytronix hit machine. Fashionable grooves merge with found sounds and homemade instruments to unsettling yet familiar effect, as humans play side-by-side with robots, intertwining in a nefarious tango until you don’t know where veins ends and circuitry begins. Brenner has been called, “The Bootsy Collins of Oakland, California,” where he currently resides. He is a native of the synthetic desert cities of William Onyeabor, the vanguard estates of Charles Mingus, and the family manor of Sly Stone. Naytronix has a brilliant debut album called 'Dirty Glow, available through Plug Research on double 10" now!
http://www.plugresearch.com/naytronix/

PEEPHOLES are Katia Barrett and Nick Carlisle; a synth/drums duo defining their unique sound with both discipline and disorder. Barrett and Carlisle originally from Bahrain and Northern Ireland respectively met in Brighton in 2006 after bonding over a Chinese violin and the quietest of music. They quickly turned the volume up and hit on their winning strategy of soaring, stammering synth lines, primal drumming and low-slung vocals. Treading a tightrope between underground punk and dance music, Peepholes write cloaked anthems as likely to open celestial gates with keys of repetition as to soundtrack a Dark Age future. Their music is otherworldly, aching with wild beats, echoing with cavernous atmospheres. After a series of well-received mini-albums, EPs and some earth-shaking live performances, Peepholes have finally finished their debut album proper for Upset The Rhythm entitled 'The Overspill', out this week!
http://wearepeepholes.co.uk/

PUNISHMENT finds WT Statler piloting a mess of late-80s synthesizers through the back catalogs of post-CBGB Suicide (think YB Blue), Yellow Magic Orchestra, and even those electronic Leonard Cohen records into a post-2000s realm of emotional honesty (via text message) and the sort of ringtone-friendly sounds James Ferraro would appreciate.
http://soundcloud.com/statlerwt


Have a terrific weekend and as always thank you for reading!
New shows for PETER SWANSON, JESSICA BAILIFF, BODUF SONGS, XIU XIU & EUGENE ROBINSON announced below, plus two film night / punk shows centred around the work of RAYMOND PETTIBON too.
UPSET THE RHYTHM
x

Good morning!
As we edge into the festive whiteout we return this week with three shows! Our first two, Wild Nothing on Wednesday and White Fence on Thursday are now both sold out, thank you for buying tickets, apologies to anyone who missed out. We still however have some tickets for Friday night's CHAIN & THE GANG show which sees Ian Svenonius grace our stage (well The Lexington's) once again in the good company of THE NUNS and MICKEY GLOSS, total party gauranteed! Full details trail away below, along with newly listed shows for DAN DEACON, MATMOS, PEOPLE LIKE US, TROPA MACACA, HELM and WILD NOTHING.

Today also sees our final release of 2012 bubble out of the forge. Available on weighty 180g LP, CD and MP3, PEEPHOLES' debut album 'The Overspill' is released today worldwide. You can pick up a copy from all good record shoppes or from our webstore.
It's a really brilliant album, forever playing in our heads, enjoy the blurbs and/or stream now at Dazed. PEEPHOLES are Katia Barrett and Nick Carlisle; a synth/drums duo defining their unique sound with both discipline and disorder. Barrett and Carlisle originally from Bahrain and Northern Ireland respectively met in Brighton in 2006 after bonding over a Chinese violin and the quietest of music. They quickly turned the volume up and hit on their winning strategy of soaring, stammering synth lines, primal drumming and low-slung vocals. Treading a tightrope between underground punk and dance music, Peepholes write cloaked anthems as likely to open celestial gates with keys of repetition as to soundtrack a Dark Age future. Their music is otherworldly, aching with wild beats, echoing with cavernous atmospheres.

After a series of well-received mini-albums, EPs and some earth-shaking live performances, Peepholes have finally finished their debut album proper for Upset The Rhythm entitled “The Overspill”. “The Overspill” continues on from last record “Caligula” with its rejection of traditional song form, allowing each track to follow it’s own fluid course, to hunt down its essential cadence. With this new album, Peepholes have realised a long ambition of theirs; trusting many first take vocals, following hunches, concentrating on the flow. You can hear that on opener ‘Ah Ah Ah’ with its insistent motorik feel and pleading vocal of masked sounds. Carlisle’s synth stalks Barrett’s blurred voice into a formless coda of tumbling toms whilst some nihilistic Fairlight pipes join the pursuit, only to resurface later on Fourth World melodic rush ‘Keychain’. ‘Living In Qatar’ exceeds in leaking out from the edges of the “we go out every night, we try out every car” pop realm into a vast somber void of tracing synthesizers, exclamations and hallucinations. The last ten minutes of the song forego gods, deny the human and escape storytelling and this is what Peepholes have done with this album. With “The Overspill”, Peepholes have not only escaped the story, they’ve escaped the narrator, leaving something beautiful yet profoundly ambiguous in its absence. 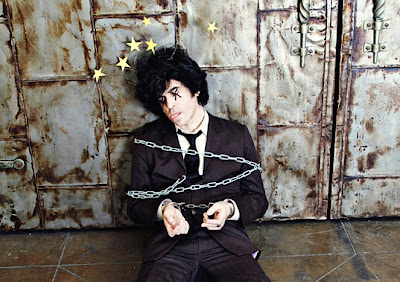 CHAIN AND THE GANG is current musical project from Ian Svenonius, a man who needs little introduction. Chain And The Gang is packed with conceptual sass, slinky rhythms, gospel punk and as much call-and-response fun as you'd expect from the man. For this tour Ian has lined up a five piece band to help him to slap the groove and power up the soul. They are tired of liberty… tired of being free… they say "if this is 'freedom' then lock me up and throw away the key." Chain are concerned that the spread of liberty has been detrimental to the world. Everywhere liberty goes, it leaves a path of destruction. Fast food, bad architecture, militarism, rampant greed, environmental destruction, imperial conquest, class struggle; these phenomena, when combined, seem to be synonymous with "Liberty." So just as they call it "liberty" or "freedom" when war and greed stalk the land, Svenonius calls his band Chain And The Gang. For Svenonius, this is another step in a life spent trying to do as little as possible. He's been seen on stage as a lecturer promoting his book "The Psychic Soviet", as a singer in the groups Make-Up, Scene Creamers, Weird War, and Nation of Ulysses, and also as interviewer of interesting people on the internet chat show Soft Focus. Chain's most recent album 'In Cool Blood' was released through K Records earlier this year.
http://chainandthegang.tumblr.com/

THE NUNS are an all-lady six-piece who love The Monks. They love The Monks so much, in fact, that they play the songs of the Amercian GIs turned garage rock pioneers, replete with full habit get up.
http://www.myspace.com/itsnuntime

MICKEY GLOSS is a psychedelic punk group that started in Australia and ended up in London. They play static lullabies full of absurd rants and transient tales. There first album, the independently released ‘Indelible Ballad of the Tainted Fur’, is a cartoon rock mindwarp. Look out for the band's recent 7" flexi on X-Ray Recordings, let your freak flag fly!
http://soundcloud.com/mickeygloss


Thanks for reading, listening, being!
UTR
x

PEEPHOLES' debut album 'The Overspill' is released on Monday!
Here's the poster for their album launch next week! 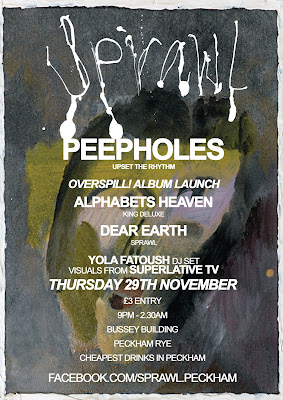 Posted by UPSET THE RHYTHM at 03:54 No comments: 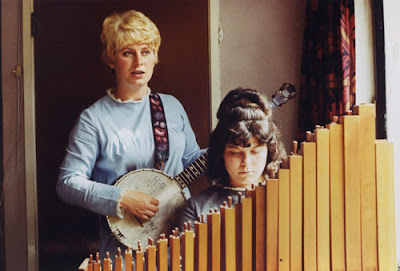 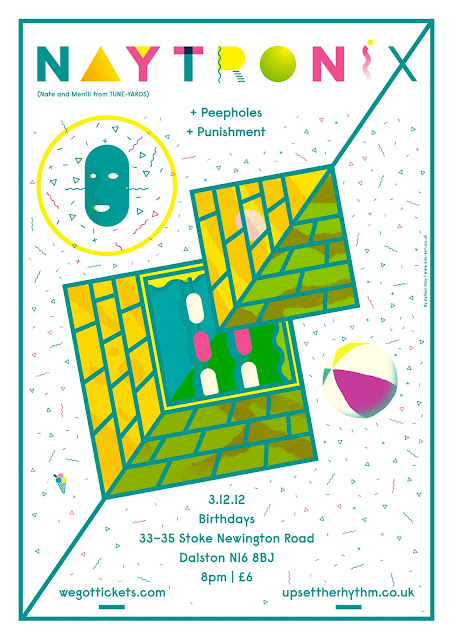 Thank you Ash for this wonderful poster!
www.ashley-may.co.uk

Posted by UPSET THE RHYTHM at 03:50 No comments: