Posted by UPSET THE RHYTHM at 02:27 No comments: 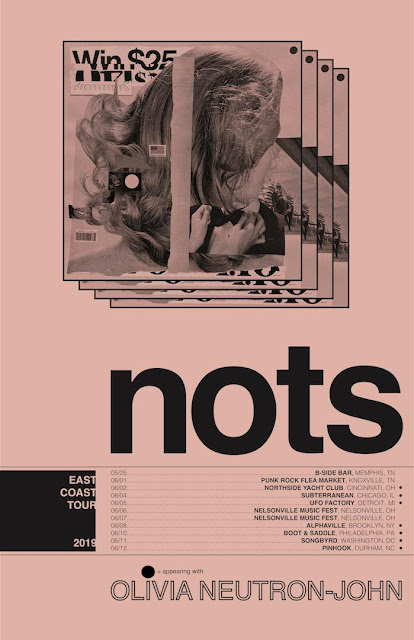 Memphis powerhouse, Nots head out on their East-Coast American tour (with Olivia Neutron-John) this weekend! To celebrate they've just shared their epic new video/vision in collaboration with WWW for 'Persona' too.

Posted by UPSET THE RHYTHM at 03:25 No comments: 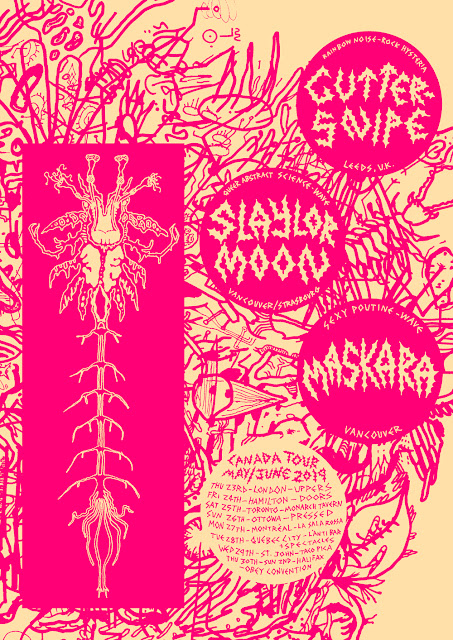 Posted by UPSET THE RHYTHM at 08:12 No comments:

Terry return with 'Who's Terry?' this July! 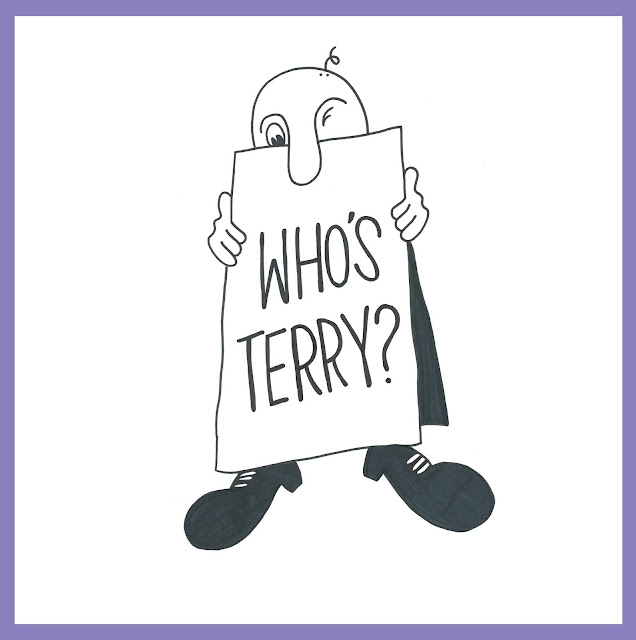 “What to do with a spud like you?” Melbourne post-punk wags Terry return this summer with their new EP ‘Who’s Terry?’. You can just make him out in his hobnail boots, peering from behind the sandwich board, wink, wink. Following on from last year’s huge-sounding ‘I’m Terry’ album, this third EP from the band brings you right up to date with their wobbly politico-pop.

‘Spud’ is a class A toe-tapper that sees the band don fatigues and set their sights on the enemy. The rough and the tough, wrestled wrists and fools with crooked smiles all make an appearance as Terry sing as one over snare snaps and keyboard croaks. ‘Bizzo and Tophat’ follows with a stride across the underbelly, a thick slice of bop-heavy observation that gives way to one of Terry’s most elegiac refrains… “holding on and going forth”! Their gang vocal approach never sounding more resolute. ’Eggs’ then picks up the pace, a sure-footed romp that skips alongside prods of saxophone to join the parade.

‘Drawn for Days’ pulls the EP to a close, a sedate, melodic ponderance of strummy guitar, jangling bells and Amy and Xanthe’s soft-sung vocals. “Haunted by the big and small, hunted hanging for the fancy fall”.  “I can’t stand up” the band decry in unison as the track scales its peak and gives way to warping synth noise. ‘Who’s Terry’ encapsulates what Terry does best, the queasy marriage of the upbeat and traumatic, the catchy instant and the nagging distance. Their alliterative lyrics always sharp as tacks, their sense of melody and beat sunk deep in the heart of now.

'Who's Terry' is released on July 19th and is available to pre-order now here:
http://upsettherhythm.bigcartel.com/

Posted by UPSET THE RHYTHM at 04:25 No comments: 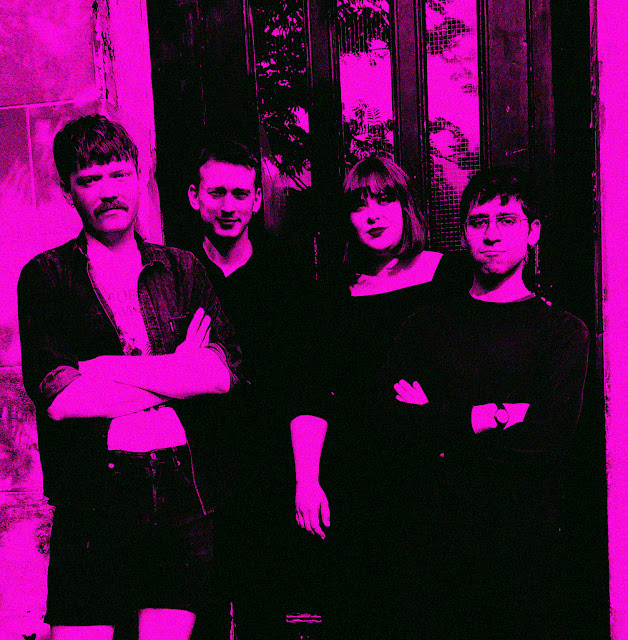 CURRENT AFFAIRS are a post punk band from Glasgow, neatly navigating the line between new wave and goth. Formed in 2016 and Comprising Joan (ex-The Royal We/Seconds/Rose McDowall's band), Seb (ex-Anxiety/Pissy), Josh (The Downs/Kaspar Hauser/ex-Rose McDowall's band) and Andrew (Shopping/As Ondas). Collectively they present a muscular unity, with a pounding post-punk rhythm section augmented by wild, effected guitar and the impressive, soulful-but-gothic vocal. A demo cassette was released along the way and In December 2018 the band’s first 7” Breeding Feeling -bw- Draw The Line was put out into the world by Not Unloved records. Another 7” is imminent via the IRRK label.
https://currentaffairs.bandcamp.com/

POWERPLANT embark on an eternal crusade with sizzling synthesisers & pleading vocals. They are the true essence of synth-punk released into thin air. They truly are the last of man.
https://www.youtube.com/watch?v=DcyyEqoJ2pc&feature=youtu.be 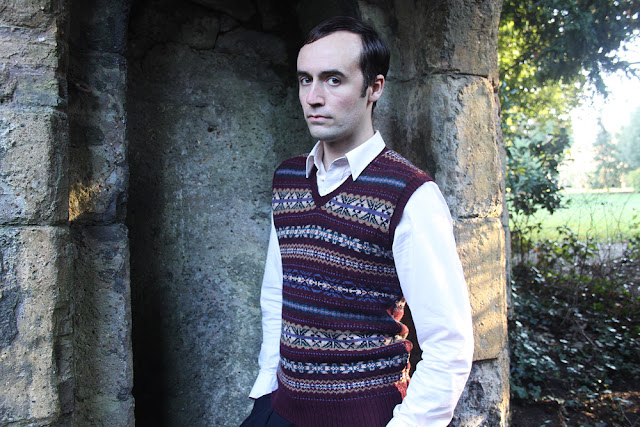 DANIEL O’SULLIVAN is a composer, songwriter, multi-instrumentalist and producer living and working in South West London and has been contributing a vibrant, chameleonic brew to the music landscape since the late 1990's. He has achieved acclaim writing, recording and performing with a myriad of groups including Grumbling Fur (with longtime friend and collaborator Alexander Tucker), Ulver, Mothlite, Sunn O))), Guapo, Miasma & the Carousel of Headless Horses, Miracle, Æthenor and This Is Not This Heat. He has composed several sound works for film and installation.

Whether solo or in his varied collaborative projects, O’Sullivan’s work is remarkable in the way it infuses familiar everyday experience with traces of the uncanny, the secret and the magickal. His 2017 solo album VELD distilled these tangled realities into a rich and complex soundworld, strikingly dense and allusive. Released in April by O Genesis, Folly is O’Sullivan’s second album under his own name and embodies a confident, evolution from VELD. This cycle of twelve songs deftly illustrates O'Sullivan's ascent as a unique and multidimensional songwriter. Moving from the familiar pantheon of experimental music and arriving upon a universal narrative probing the human condition from the inside out. Both lyrically and within the intricate lattice of arrangements, traditional forms are reshaped into transcendent pop symphonies. Both intimate and alien, archetypal and atypical, joyous and melancholic, the aperture of Folly is wide open and light streams in. For this special performance O’Sullivan will perform his new songs as an ensemble of eight, featuring Thighpaulsandra (Coil, Julian Cope Band, Spiritualized) who also recorded and mixed Folly at his Aeriel studio premises in Wales.
http://mothlite.blogspot.com/

BRIGID MAE POWER is an Irish singer-songwriter and multi-instrumentalist who, like Judee Sill, Micky Newburyor Linda Perhacs before her, paints her songs in dreamily expansive strokes, transporting earthly compositions into universal and exultant realms. Her self-titled debut on Tompkins Square was a majestic suite of reverb-swathed laments for voice, guitar, piano, accordion, and harmonium, recorded at the Portland studio of key musical foil Peter Broderick. Themes include transformation, change, motherhood, acceptance, strength, courage and trust. In the words of Power, the album was about "trusting if you lose yourself or your way - you can come back". New album 'The Two Worlds' is another masterful collection of effortless, hypnotic folk, and an album that furthers the songwriter and multi-instrumentalist's already stellar reputation. Live, Brigid can encapsulate the timeless magic of her songs either solo or as a duo with Peter. Thus far she has toured throughout Ireland, UK and the US together with artists including Lee Ranaldo, Richard Dawson, Alasdair Roberts, Peter Broderick and Ryley Walker, with performances at Le Guess Who? and TUSK festivals along the way.
http://www.brigidmaepower.com/


The music of Daniel O'Sullivan plays like a haunted jukebox - Wire

O'Sullivan's dreampop mantras casually open up portals into other dimensions - Uncut
Posted by UPSET THE RHYTHM at 06:46 No comments:

Posted by UPSET THE RHYTHM at 01:38 No comments: