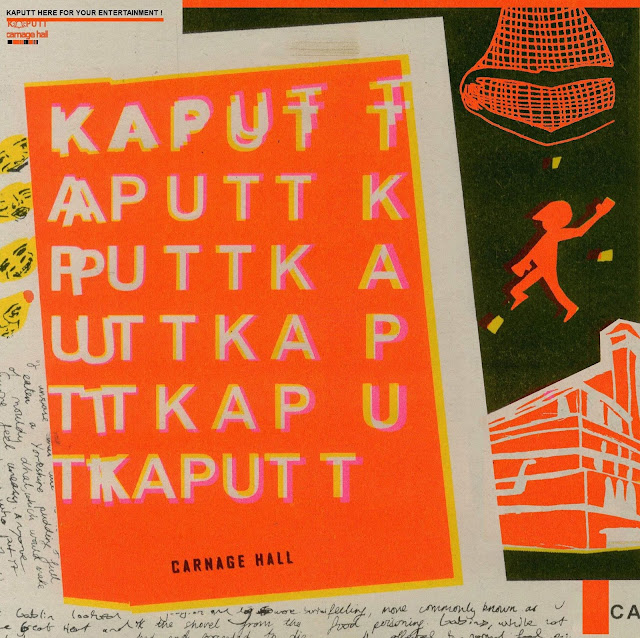 KAPUTT are a recently hatched post punk act from Glasgow, Scotland. Racing away from the playful torn edge of no-wave song, Kaputt blurt out tracks with twitchy charisma, their catchy riffs circle with relish, allowing timely sax stonks and stop-start rhythms to drive things on. Vocals leap, guitars bluster and always the saxophone snakes, hypnotically drawn through the erratic beat. There’s a riot of fun at play in their febrile racket, but there’s also some deeply cerebral grooves and choice lyrical concerns evident too.

The songs on ‘Carnage Hall’, Kaputt’s debut album released by Upset The Rhythm this September, were influenced by the maelstrom of political hypocrisy and confusion in the air, the offbeat happenchance of life in 2019, notions of surveillance, identity (personal as well as the biscuit-tin styled persona of the Scottish Highlands), industrialisation and family. In short a total corkscrew of an energetic album! ‘Carnage Hall’ is available to pre-order in our webshop now!

Posted by UPSET THE RHYTHM at 01:12 No comments:

Kaputt vs Sept 10th vs London! 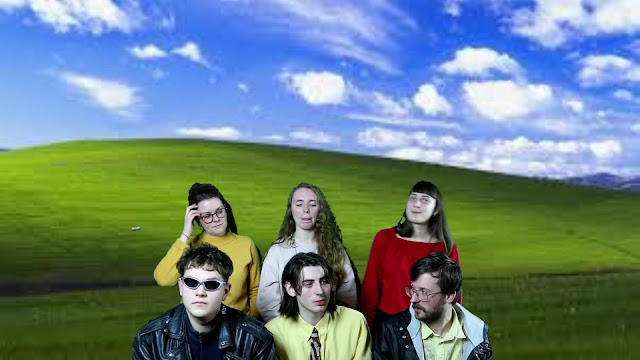 KAPUTT are a recently hatched post punk act from Glasgow, Scotland. Numbering six, Kaputt feature Simone Wilson and Cal Donnelly on guitars and vocals, Chrissy Barnacle also sings and plays saxophone. Tobias Carmichael is responsible for bass, whilst Rikki Will and Emma Smith cover drums and percussion respectively. Racing away from the playful torn edge of no-wave song, Kaputt blurt out tracks with twitchy charisma, their catchy riffs circle with relish, allowing timely sax stonks and stop-start rhythms to drive things on. Vocals leap, guitars bluster and always the saxophone snakes, hypnotically drawn through the erratic beat. There’s a riot of fun at play in their febrile racket, but there’s also some deeply cerebral grooves and choice lyrical concerns evident too. Kaputt’s debut album ‘Carnage Hall’ will be released this September on Upset The Rhythm, this show appears as part of their tour in support of this stunner of an LP.
https://kaputt1.bandcamp.com/

Posted by UPSET THE RHYTHM at 10:38 No comments: 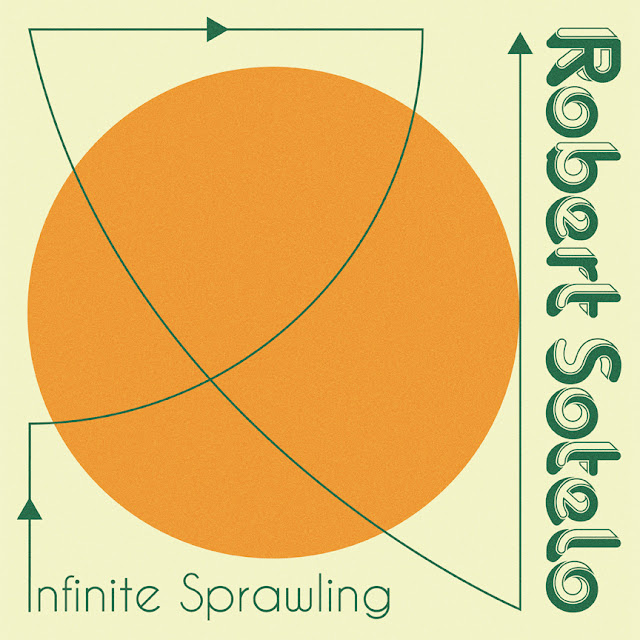 Cosmic pop melodist Robert Sotelo returns this September with his most expansive album yet! ‘Infinite Sprawling’ is Sotelo’s first record since relocating from London to Glasgow and partly inspired by his new city’s inclusive and collaborative musicverse. Recorded with Ruari MacLean (of Vital Idles, Golden Grrrls) and Edwin Stevens (Irma Vep, Yerba Mansa) at their home studio Namaste Sound, ‘Infinite Sprawling’ grew out of Sotelo’s sketchbook of skeletal songs, with MacLean and Stevens developing their own drum, guitar and keyboard parts. These songs pulled together like a wakeful stretch on a Sunday morning, flowering with a lightness of touch, sounding both carefree and brisk.

New Commute, just premiered ‘Message Of Beauty’, the video for the first single from the album! A relaxed ballad of drowsy farewells, swoons of violin and swirled clouds of organ drone, take a listen.

‘Infinite Sprawling’ is available to pre-order on dark-green 180g vinyl now at our shoppe here: http://upsettherhythm.bigcartel.com/product/robert-sotelo-infinite-sprawling-lp-pre-order 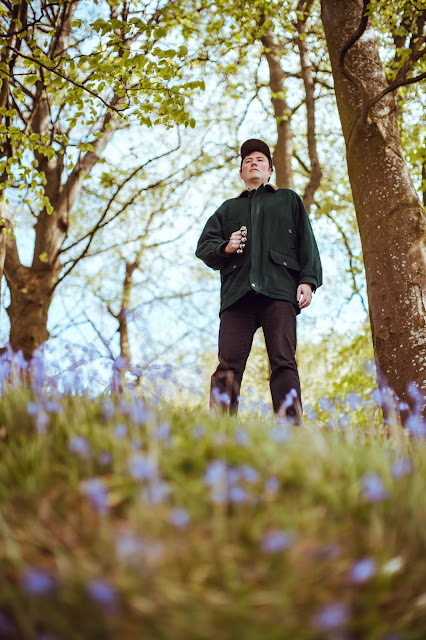 Posted by UPSET THE RHYTHM at 04:51 No comments: 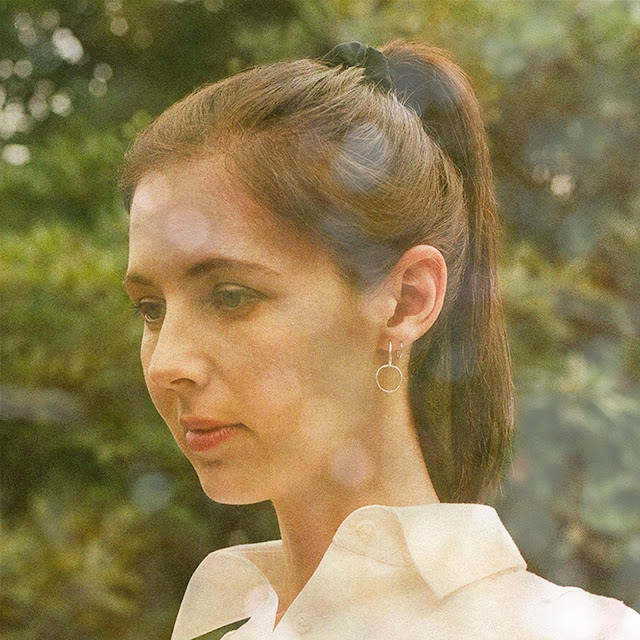 CARLA DAL FORNO has entered a new era with her forthcoming album ‘Look Up Sharp’,  pushing her dub-damaged DIY dispatches to the limits of flawless dream-pop. In a transformative move towards crystal clear vocals and sharpened production, ‘Look Up Sharp’ is an evolutionary leap from the thick fog and pastoral stillness of her Blackest Ever Black missives, You Know What It’s Like (2016) and The Garden EP (2017). Three years since her plain-speaking debut album, the Melbourne-via-Berlin artist finds herself absorbed in London’s sprawling mess. The small-town dreams and inertia that preoccupied dal Forno’s first album have dissolved into the chaotic city, its shifting identities, far-flung surroundings and blank faces. ‘Look Up Sharp’ is the story of this life in flux, longing for intimacy, falling short and embracing the unfamiliar. Dal Forno connects with kindred spirits and finds refuge in darkened alleys, secret gardens and wherever else she dares to look. In her own territory between plaintive folk, pop and post-punk, dal Forno conjures the ghosts of AC Marias, Virginia Astley and Broadcast through her brushwork of art-damaged fx and spectral atmospheres. ‘Look Up Sharp’ is a singular prism in which sound and concept bend at all angles. A deeply personal but infinitely relatable album its many surfaces are complex but authentic, enduring but imperfect, hard-edged but delicate. A diamond. Released on dal Forno’s own imprint Kallista Records this October.
https://www.facebook.com/carladalfornoyes/

Posted by UPSET THE RHYTHM at 06:11 No comments: 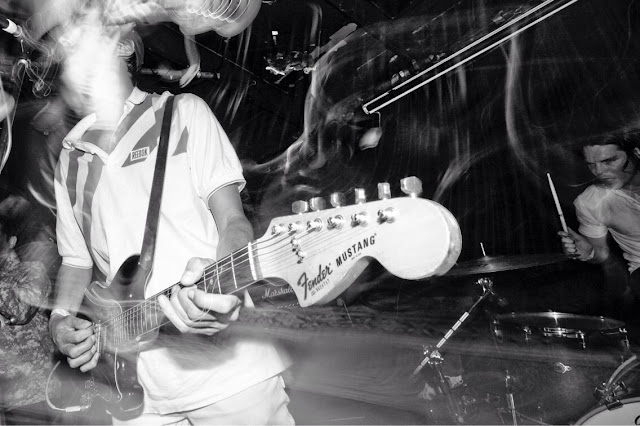 EXEK thrive amidst noirish, dub-dilated post-punk, with lyrics skirting the sardonic, mired in disdain. Situated in a reservoir of space echo and assisted by the heavyweight bass-and-drum brunt of Henry Wilson and Sam Dixon, vocalist Albert Wolski conveys an oblique, literate nihilism that resembles both a sneer and a smirk. Wicked turns of phrase are spiked with black humour and surrealism as the rest of the band summon sparse, reverb-drenched runs of percussion and a thickset low end prone to detour and dysfunction. Exek recently followed up their ‘Ahead Of Two Thoughts’ LP released last year on W.25TH (Superior Viaduct) with their astonishing ‘A Casual Assembly’ EP. This new record from Melbourne's audio-wranglers coalesces around a stirring theme for synthesizer, trumpet and bass, bringing together reference points to Laurie Spiegel, Jah Wobble and The Velvet Underground's ‘The Gift.’ Frontman Albert Wolski's disembodied narration – at times reminiscent of Samuel Beckett or Robert Ashley – unfolds over a series of dark vignettes set in a dystopian near-future. Autotune has been banned, secret police patrol the redoubts of the wealthy, and world beaches have been cleared of their sand for the construction of enormous urban prisons. As these events turn more fraught and absurd, Wolski reveals just how much is gained through EXEK's stripped-down arrangements and dreamlike tones.
https://exek.bandcamp.com/

THE REBEL is prolific London outsider Ben Wallers; a charismatic lone wolf in a cowboy hat or trilby and a tie whose electrified howls are too idiosyncratic to be broken down into market-oriented terms. It is difficult to sketch a thumbnail summary of a musician who has amassed a vast and unwieldy discography under a variety of names and genres: the most widely acclaimed is probably the Country Teasers, but he also moonlights as, or in, the Rebel, the Company, the Male Nurse, the Beale, the Stallion, the Black Poodle and Skills on Ampex, across folk, country, garage, post-punk, no wave and electronic pop. In the main part The Rebel is centred around twisted Casio drones, clanging guitar and some defiantly deadpan vocals, all thrown in the pan and pressure-cooked in Wallers' mind. Wallers has amassed a near-unquantifiable discography over the past 20 years, from scores of more or less "official" LPs, EPs and 7"s to seemingly endless self-released cassettes.
https://therebelband.bandcamp.com/ 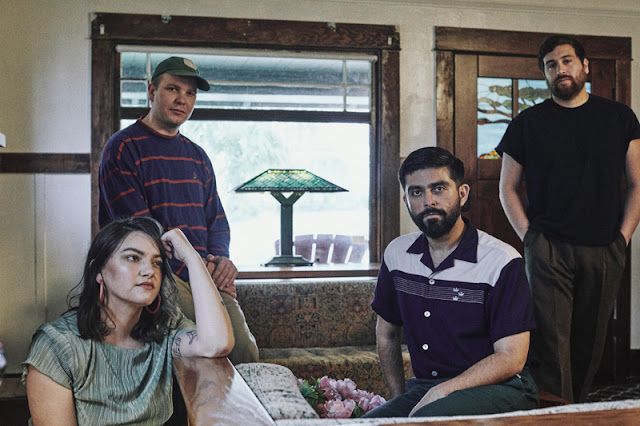 We’re over the blood moon to announce that we’ll be releasing Lunch Lady’s debut album on August 23rd!

Lunch Lady are a sparky group from Los Angeles redolent of the desert heat, pining hearts and that chorus-soaked cloak of sound held dear by followers of British early 80s post-punk. Numbering four, Lunch Lady consist of Rachel Birke (vocals), Juan Velasquez (guitar), Victor Herrera (bass) and Robert Wolfe (drums). The band began in 2017 when Velasquez asked Birke if she’d like to start a new music project with him, their respective other groups Abe Vigoda and Heller Keller having co-existed in LA’s DIY orbit. Birke explains that they “immediately decided upon making the new band a kind of love letter to Kitsch.” Lunch Lady’s dreamy punk forays into country ballad territory certainly swoop into sentiment, but its the melancholy of artifice that defines their outlook.


The band’s first video, ‘Window’, a track that whirls by with all the flourish of a card trick just premiered on Brooklyn Vegan, take a look! 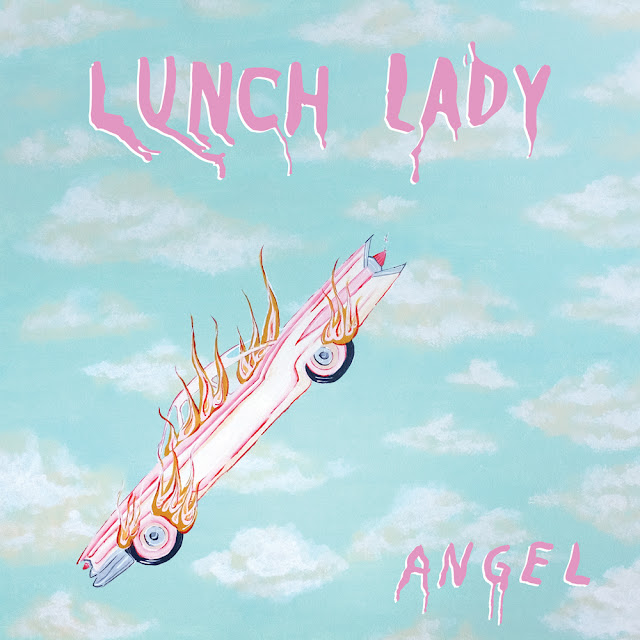 Lunch Lady’s debut album ‘Angel’ is available to pre-order in our webshop now! Our friends at Danger Collective are releasing a cassette version of Angel too!
Posted by UPSET THE RHYTHM at 09:24 No comments:

Posted by UPSET THE RHYTHM at 05:53 No comments: