Our new record for Ed Schrader's Music Beat is OUT NOW! Here's some photos to whet your appetite and a new video for the sprawlingly awesome 'When I'm In A Car', November will also see the band bring their intense live show over to Europe, so watch this space! 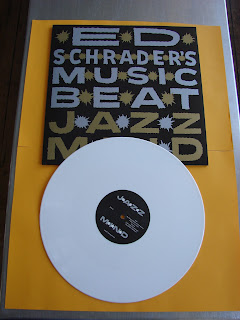 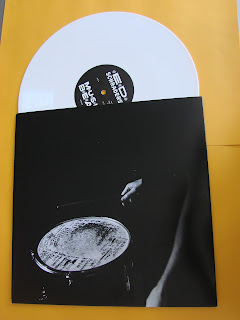 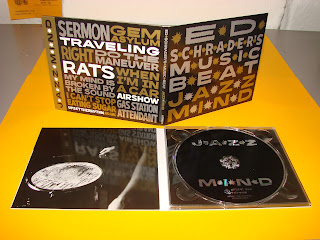 AVAILABLE NOW FROM THE UTR WEBSHOP AND ALL GOOD RECORD STORES!

Before Ed Schrader’s Music Beat, Ed made music under the name Ed Schrader, layering trippy sounds over pounding drums. A 10” from four years back documents this era, before Ed expanded the project into Music Beat. In 2009 Devlin Rice (also of Nuclear Power Pants) joined Ed for a one-off show. The band formed quite unintentionally. Ed was invited to play a rave of all things, and before almost deciding to opt out decided to join forces with his roommate Devlin for the performance, and play as a duo, the show was magical with Ed doing manic extended versions of his songs, crooning to a glow stick friendly crowd under a full moon in September, while Devlin raged alongside making for a winning combination that was too good to leave as a one night affair. This mind meld took the left field paranoid pop that Ed was composing and added a powerful low end power chug from the jug of eternal rock and raised the whole project a more visceral live experience.

Since then the band has done considerable touring with acts such as Future Islands, Lightning Bolt, Dan Deacon and really whipped up some enthusiasm based on their minimal and real rock vision.

The band issued a 7” on Load Records last year called ‘Sermon / Rats’ and response has been pretty damn positive:

“a crazily interesting Baltimore duo using bass, drums, and vocals to do something very pummelsome in a punk way without cowtowing to any of the genres clichés”
The WIRE

“Ed is a master songsmith, a one man Butthole Surfers who has reduced pop and punk to their most basic building blocks”
Village Voice

The band recorded “Jazz Mind”, with Twig Harper (of Nautical Almanac) and mixed it with Chester Gwazda (producer of Dan Deacon’s ‘Spider Man of The Rings’, and ‘Bromst’, and Future Islands albums, ‘In Evening Air’ and ‘On the Water’).  The recording boils down the band’s vision of pop-inflected, stripped-down rawk to its most necessary elements.

‘Jazz Mind’ is a sonic panorama of a record. "My Mind Is Broken By The Sound But It Gets Me Around” finds a serene minimal bliss in floor tom and subtle robotic vocals, whilst raging anthem “When I'm In A Car” (featuring Randy Randall of No Age) bleeds into the more conceptual dark euphoria of compositions like "Right" (featuring Matmos plus a real hurdy-gurdy). You hold the truth in your hands right now, pop music in its purest form, rhythm and personality, and what’s better than that? Thanks to James Hines for this brilliant poster for next month's Eyeless In Gaza show! 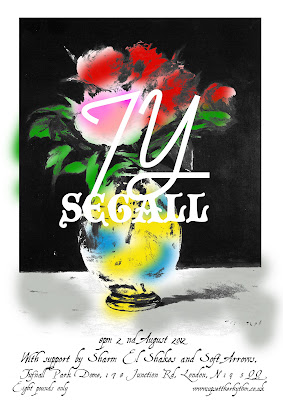 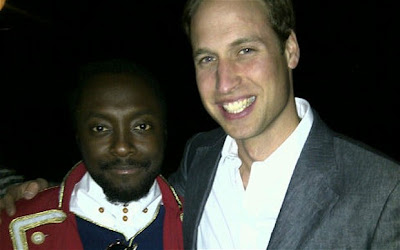 Posted by UPSET THE RHYTHM at 07:11 No comments:

Japanther in London on July 2nd! 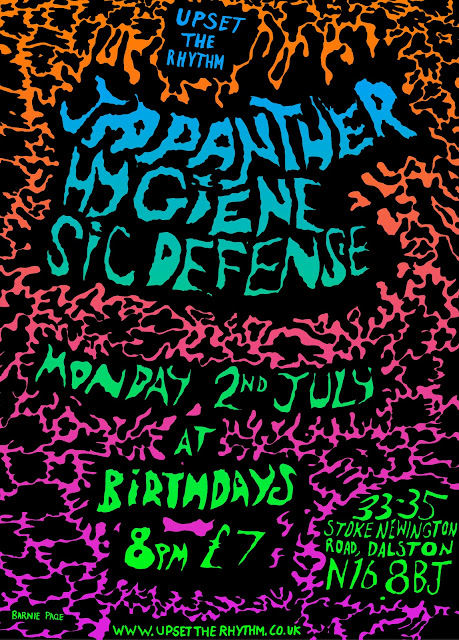 Thanks to Barnie Page for the poster!
Posted by UPSET THE RHYTHM at 00:27 No comments: