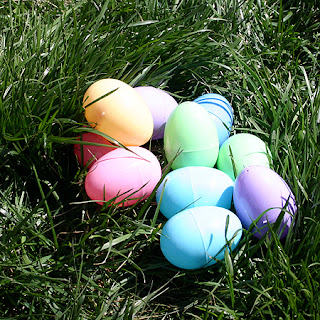 Bank Holiday Reigns!
Thank you to everyone for selling out both our Mirrorring shows this week, what intensely quiet and beautiful performances they were! Stunning stuff, I hope they come back sooner than soon! Talking of soon, April is upon us and it's going to be busy, busy, busy for Upset The Rhythm and next week is no exception with four shows lining up for the likes of TALK NORMAL, VERITY SUSMAN, RAVIOLI ME AWAY, SIMON JOYNER & THE GHOSTS, EMPEROR X, DAVID KENNETH NANCE, BRILLIANT COLORS, PROPER ORNAMENTS, EARTH ROD, JAAP BLONK / PHIL MINTON / DYLAN NYOUKIS / LUKE POOT, ADAM BOHMAN aaaaaaaand THESE FEATHERS HAVE PLUMES. Think Tuesday, Wednesday, Friday, Sunday (afternoon), full scoops follow on. We're also announcing today a show in July for the incredible PENGO with BLOOD STEREO and USURPER too, check listings for said neo-luddite, noise odyssey…

TALK NORMAL are Brooklyn duo, Sarah Register and Andrya Ambro, dealing out songs that sparkle with melody and dissonance. After years of friendship, Talk Normal first emerged on the NYC music scene in 2007, initially releasing demos, cassettes and their Secret Cog vinyl EP. Following the 2009 release of their debut album Sugarland on Rare Book Room Records, Talk Normal released a handful of 7"s (including a split 7" with Thurston Moore on Fast Weapons Records) and shared the stage with the likes of Sonic Youth, Wire, Yeah Yeah Yeahs and Zola Jesus. Jarring rhythms and feedback-drenched guitar tones grace, recent sophmore album, Sunshine's nine surprisingly songful tunes - creating a sound informed by their predecessors (Cocteau Twins, Velvet Underground, Laurie Anderson & Creatures), but strikingly new. Tracks like "Bad Date", "Cover", and "Hurricane" carry almost a meditative emotional energy, where others like "Sunshine" and "Shot This Time" err on the side of explosive driving rock. Ambro & Register's combined voices often volley back and forth, each providing equal contributions to vocals, lyrics, and instrumentation. Combined with Register's flowing, nearly-drony riffs and Ambro's finely choreographed beats, the end result is a natural sonic cohesion to wonder at.
http://www.talknormaltalknormal.com/

VERITY SUSMAN probes new territory with her solo project after a decade as lead singer of experimental rock band Electrelane. Using music, visuals and text, her live shows create a world of psychedelic alienation, embracing the subversive possibilities of awkwardness. Often appearing in drag, her saxophone becomes an organ of musical and gender performance, confronting audiences with a queer female masculinity that is at once serious, humorous, angry and uncomfortable. At times ironic, often passionate and full of joyous heartbreak, Verity takes the audience into a collage of exploratory soundscapes, woven through surreal reconstructions of lesbian pulp romance novels and sci-fi slash fiction tales.
http://www.facebook.com/veritysusman

RAVIOLI ME AWAY work within a exacting triangle of sound; slapped snare, prodded keys and bass pulse providing a delirious future pop backdrop for tales of cat calls and Tequila Sunrises. This is smart, aware, alive music, seeing the group concentrating carefully on how it's presented in the live realm with previous shows featuring cooked omelets and fly-fishing, what comes next we can only guess at.
http://www.facebook.com/RavioliMeAway

SIMON JOYNER & THE GHOSTS are a living, breathing entity; a full six piece band, growing out of Joyner's double-LP record 'Ghosts' released last Summer on his own Sing, Eunuchs! label. Simon Joyner should require no introduction, but despite plaudits from everyone from John Peel to Conor Oberst, who cites Joyner as a primary influence, he remains a cult figure. His sterling reputation is mostly built on thirteen albums of lyrically astute, musically dense, uncompromising songs. As a wordsmith he is peerless, often compared to both Bob Dylan and Leonard Cohen, while his singing voice alternately conjures an emotionally turbulent Neil Young (think “Speakin’ Out”) and Gordon Gano circa “Country Death Song.” But Joyner’s songs also bear the influence of more modern mavericks, revealing a sharp appreciation for the fringes of the American and UK underground. It’s not for nothing he cites the Dead C’s raucous 'Harsh 70’s Reality' as one of the handful of double albums that inspired 'Ghosts'. For lovers of lyrics, that fast-perishing breed, 'Ghosts' is Christmas morning. Listening to it, you may frequently find yourself covering your mouth in disbelief, exclaiming “Oh shit!” like someone just dropped a particularly scathing hip-hop metaphor. The music matches the intensity of the words. Joyner’s band is an intuitive organism never content to merely ‘back up’ the singer. Each member of the group suffuses the environments of these songs with unusual color without ever overplaying or subordinating. With, 'Ghosts', Simon Joyner couldn't have made a more extreme example of an album that so handsomely rewards total immersion and a live show incorporating guitars, viola, pedal steel, bass and drums spells out something equally special.
http://www.simonjoyner.net/

EMPEROR X is the project name of American songwriter and noise pop saboteur C. R. Matheny. In 2004, Matheny dropped his pursuit of a master’s degree in physics to self-release a string of critically acclaimed lo-fi speed folk albums. His releases grabbed the attention of NPR, Pitchfork, The New Yorker, Tiny Mix Tapes and many others. The UK’s Plan B Magazine called his music “a swollen interfusion of capricious brilliance”. His music has been described as part Daniel Johnston part Dan Deacon. His songs are always catchy with lyrics that will pull heartstrings. His sing along tunes and unstoppable energy has brought Emperor X to art galleries, bars, bookstores, university symposiums, college radio stations, garbage-strewn pedestrian tunnels, and one very confused laser tag arena in Connecticut. Matheny currently lives in Los Angeles where he writes and records new music from the top floor of a tenement building overlooking the megaphone preachers, fake ID salesmen, and tamaleros of MacArthur Park. His new album Western Teleport was released on Bar/None Records last year.
http://emperorx.tumblr.com/

DAVID KENNETH NANCE recently stepped out of his burned out basement in Omaha, Nebraska and steeped himself in the city of angels, provoking collective grief and inciting small riots in the hearts of the house show universe here. Rocker and singer-songwriter from that catchy, shambolic mess called The Prairies, he also plays lead guitar and shouts in Simon Joyner’s band, the Ghosts. His forthcoming, vinyl debut on Grapefruit Records, “Actor’s Diary,” was recorded late at night alone in Joyner’s warehouse studio, Casa de los Fantasmas, over a two month period leading up to his west coast pilgrimage, this is anguish and expectation and meditations on what was, is, and might be in the artist’s life. Channeling Jim Shepard, heroin-era Stones and New Zealand’s notorious Jefferies brothers through broken and poorly repaired gear, Nance rock is indeed the new pasture!
http://grapefruitrecordclub.com/album/david-kenneth-nance/

BRILLIANT COLORS are a four-piece from San Francisco, inspired by post-punk fervor, the spiky pop of C86 and early Flying Nun / Creation missives. Their 2009 album, 'Introducing', is one of the finest debuts in recent memory, and they followed it with 7"s on Slumberland and Make a Mess and a European tour with La La Vasquez that led to the release of another great single on Germs of Youth. Most recently, they teamed up with Belfast’s brilliant Girls Names to release a split 7". All of these singles were recorded with Oakland garage phenom Ty Segall, who spiked the ladies’ punk-pop swirl with his own special grit. Their most recent album 'Again And Again', came out last Summer on Slumberland, displaying song-writing as infectious as ever, only now the tunes are now more carefully arranged pushing the band to something as elemental as pop gets. The mood is confessional and late-night dreamy; Jess' unadorned vocals and eloquent lyrics are personal, direct and atmospherically deployed, mixed in with the songs like another instrument. They can be heard to great effect on tougher songs like "Back To The Tricks" and "Painting Truths," tempering those tunes' punchy dynamics with their melodic sensibility. Add in classic-sounding stormers like "Cult Face" and "How Much Younger" and you have all the makings of another great Brilliant Colors album, one that shows how finely they've honed their own unique brand punk-flecked crash-pop. This show sees them on day one of tour, bright-eyed and bushy-tailed, touting a new flexi 7" called 'I Was Born A Fantasist', exciting!
http://itsbrilliantcolors.blogspot.co.uk/

THE PROPER ORNAMENTS make a thrillingly taut and melodic pop indebted both to the sun balm'd West Coast and the driving, terse rhythms of the British Invasion and C86 pop, centered around the close partnership of frontmen Max Claps and James Hoare (also of Veronica Falls). In 2010 were joined by bassist Michael Lovett and Let's Wrestle frontman Wesley Patrick Gonzalez, releasing a 7" on San Francisco label Make A Mess Records. 2011 saw them release a self-titled EP on No Pain In Pop, proving the band as purveyors of abrupt, perfect pop, jet propelled by super compressed drum production and the pair's DNA tight vocal interplay.
http://theproperornaments.bandcamp.com/

JAAP BLONK / PHIL MINTON / DYLAN NYOUKIS / LUKE POOT will be performing as a quartet, all a capella in this serene chapel of sound in Bethnal Green. Jaap Blonk and Phil Minton have been pioneering in the field of sound poetry and free vocalisation for several decades each, originally a saxophonist and trumpeter respectively they both abandoned those instruments long ago to concentrate on the boundless  instrument that is the human voice.  They will be joined today by two of the UKs upcoming sound poets/experimental musicians, Dylan Nyoukis & Luke Poot, for a full on all vocal quartet that threatens to blow minds and full heads with joy.
http://www.jaapblonk.com/
http://www.philminton.co.uk/
http://chocolatemonk.co.uk/enter.htm
http://pootrecords.blogspot.co.uk/

ADAM BOHMAN's personal approach to music has essentially always been acoustic, but due to his close involvement with live electronics (he is a founder member of Morphogenesis), his sounds have very often been subjected to signal processing. The Bohman aesthetic can be a dense and tangled thing to unpick and describe. Various and nefarious sounds and artistic influences merge and collide, Varèsian sound montage supporting spoken word material sourced from a pub menu, or frenetic juxtapositions between amplified shoe brushes and a frenzied tape cut-up of 17th Century instruments. Sound art which oscillates between states of the absurd and sonically grotesque, and highly articulate explorations of extra-musical sound.
http://www.discogs.com/artist/Adam+Bohman

THESE FEATHERS HAVE PLUMES aka Andie Brown is a musician from London who began playing music as a bass guitarist, working with experimental band Cindytalk in her late teens. An interest in sound and experimentation led Andie to begin working as These Feathers Have Plumes in 2007, creating sonic landscapes using traditional and non-traditional instrumentation (primarily double bass and glass), found-sound and field recordings.
http://thesefeathershaveplumes.com/


Terrific, thanks for reading all of that blah! If that wasn't enough smack right in the middle of our shows next week falls a show at KOKO our friend Julia is organising in celebration of Swans' 30th Anniversary. The Mouth To Mouth Festival on April 4th will see performances by Upset faves Grouper, XiuXiu, Ben Frost and Mercury Rev’s Cinematic Silent Sound Tettix Wave Experiment all performing at the behest of Gira, who will close the evening with a truly gargantuan Swans set. All the artists were chosen for their ability to resuscitate, set fire to the air, or to mesmerise. It's going to be one for the memory bank that's for definite. Loads more info and ticket links here: http://www.koko.uk.com/listings/mouth-mouth-04-04-2013
Enjoy the Easter break!
See you lots next week!
UTR
x