Spray Paint tomorrow and Deerhoof streaming on The Guardian

Hello again!
Our DEERHOOF album is released on Monday and you can hear it streaming now via The Guardian if you’re interested. Listen to what get’s Henry Rollins blood going and what reminds Graham Coxon of Ornette Coleman, whilst Jonny Greenwood likens them to Soft Machine singing about a duck…

But before that we return to live music mode for a Halloween show at the Dalston Victoria tomorrow. For an epic £5 you can get spooked with us and SPRAY PAINT, THE REBEL, THE GUTTERS and THE WORMS. No wave minimalism, weirding pop, traditional English musick and freshly locked punk will all be fully represented! It’s going to be a great night and we have the full listing for that show below, along with that for next Wednesday’s RODION G.A. show at OTO.

Whilst we’re whispering in your ear we also wanted to flag up that ED SCHRADER’S MUSIC BEAT embark on their European tour this week too! They are one of the most brilliantly bizarre and bizarrely brilliant live forces you will ever behold, go check them out from Barcelona to Paris with lots of cities (including London) in between. Thanks as ever for reading! 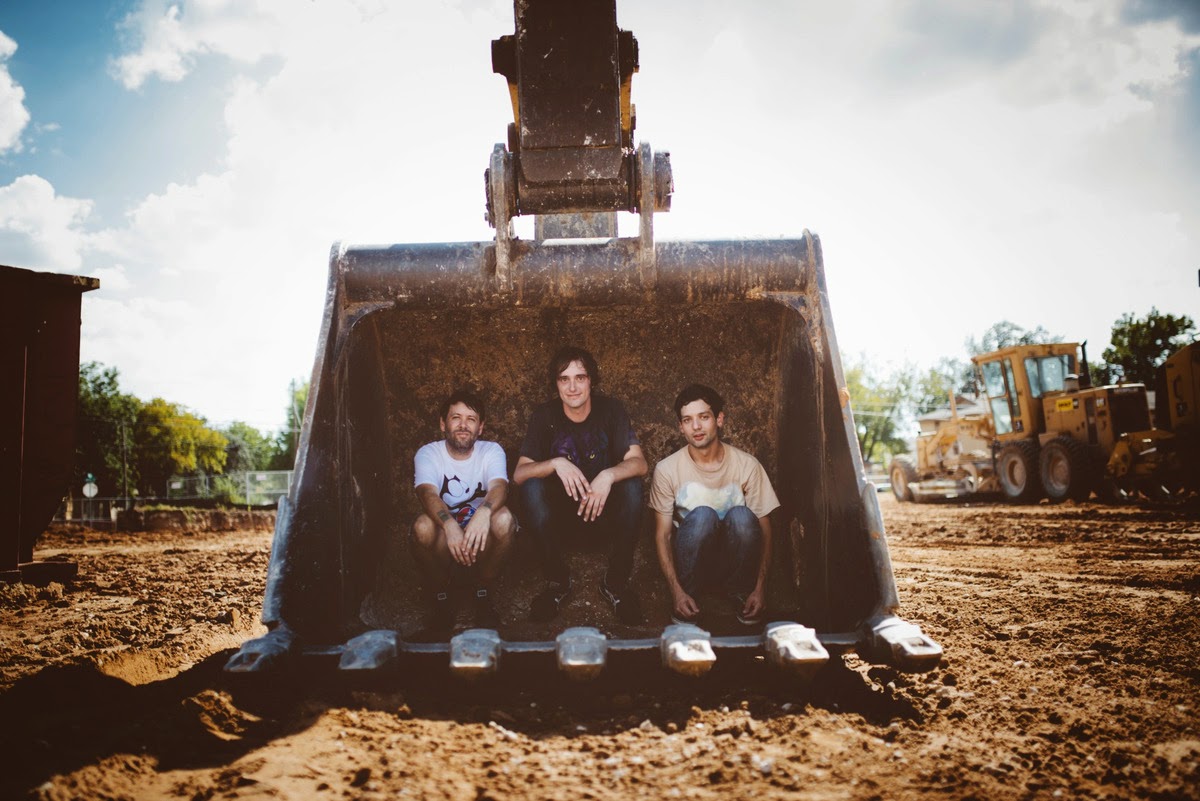 SPRAY PAINT are a no wave punk outfit from Austin, Texas made up of Chris Stephenson (drums/vocals), Cory Plump (guitar/vocals) and George Dishner (guitar/vocals). Some of you may already know these guys from other projects such as When Dinosaurs Ruled The Earth, Expensive Shit and Dikes of Holland. Spray Paint’s buzz-sawing guitars run headlong through labyrinthine tunnels of reverb, chased down by some wildly brain-bashing drums. All three members of Spray Paint sing too, helping create an uncontrollable sense of fervour as they jostle for the words. They work up a tone of paranoia amid the jagged rhythms, locking into a motoric groove that’s impossible to escape from, offset with stormy blasts of distortion. Since forming in 2012, Spray Paint have released two LPs and 7”s through SS-Records as well as readying an upcoming LP for Monofonus Press. They’ve wasted no time with hitting the road either, touring the US five times, most recently with their friends Protomartyr and The Rebel. They’ve also played at Fun Fun Fun Fest, Chaos in Tejas, Gonerfest, Cropped Out, SXSW and a live on-air performance on WFMU. This October sees Spray Paint head over to Europe for the first time, in support of their fierce new 7” EP through Upset The Rhythm, entitled ‘Cussin’.
http://spraypaint.bandcamp.com/

THE REBEL is prolific London outsider Ben Wallers; a charismatic lone wolf in a cowboy hat or trilby and a tie whose electrified howls are too idiosyncratic to be broken down into market-oriented terms. It is difficult to sketch a thumbnail summary of a musician who has amassed a vast and unwieldy discography under a variety of names and genres: the most widely acclaimed is probably the Country Teasers, but he also moonlights as, or in, the Rebel, the Company, the Male Nurse, the Beale, the Stallion, the Black Poodle and Skills on Ampex, across folk, country, garage, post-punk, no wave and electronic pop. In the main part The Rebel is centred around twisted Casio drones, clanging guitar and some defiantly deadpan vocals, all thrown in the pan and pressure-cooked in Wallers' mind. Wallers has amassed a near-unquantifiable discography over the past 20 years, from scores of more or less “official” LPs, EPs and 7”s to seemingly endless self-released cassettes. Look out for a new record he's working on with Spray Paint to be released through Monofonus.
https://www.youtube.com/playlist?list=PLgkUYVN9YjxRxVFTZfrxHjK-Lo3VBurd5

THE GUTTERS play raw stripped down garage punk from Portland U.S of A. Their auditory maelstrom is like taking a time machine to London in the late '70s, where every tinny punk had a band and everything was snarling and snotty. But the Gutters' tongue-in-cheek playfulness cuts those spiky allusions with fun vignettes, as found on their recent release "Should We Make a 7-Inch?" 7-inch. Other hilariously punk entitlements, such as beginning the song "Born in the Gutter" with "one, two, fuck you!" hint more at the duo's willingness to parade their love affair with the old guard than attempt to build upon it. This is all a-okay; the band's sewer serenades are a breath of fresh air, and at bite-sized intervals of roughly one to two minutes apiece, the Gutters are a fist-pumping hoot. Look out for their album on Tadpole Records too!
http://thegutters.bandcamp.com/

THE WORMS proffer petty punk and mundane minimalism and tackle the struggle to accept both ambiguity and conviction, the peril of finding meaning in nostalgia, the useless urge to reject yourself and other such self-absorbed subjects. For what it's worth, they comprise of members of Tense Men and Omi Palone.
https://soundcloud.com/the_worms-1 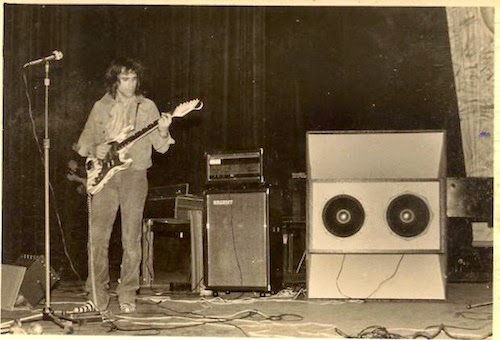 RODION G.A. are without doubt, one of music’s best-kept secrets. That’s despite being around for nearly forty years. The story begins when a musical visionary decided to form his own band in Romania four decades ago. It was between 1975 and 1976, when the Rodion G.A. story begins. That’s when Rodion Rosca formed the band that bore his name. This would be no ordinary band, far from it. Rodion G.A. would become one of the most innovative bands in Romanian musical history. In 1975, Rodion joined with Gicu Farcas and Adrian Caparu to complete the lineup of Rodion G.A. By 1975, Rodion had amassed an eclectic selection of equipment and established a reputation as a D.I.Y. tech wizard. He created his own unique way of creating music on reel-to-reel tape recorders, using the various tape machines to multitrack. His nascent studio included several Tesia tape recorders, drum machines, phasers, flangers and fuzz pedals. Then there were a toy Casio VL Tone and a Soviet made Faemi organ. Like the music Rodion G.A. were making, the equipment they were using was just as leftfield and eclectic.

Sadly, Rodion G.A.‘s career lasted just over ten years. In 1987, after the death of his mother, Rodion Rosca walked away from music. For the next twenty-five years, nothing was heard of this charismatic, enigmatic and mercurial musician. Then Luca Sorin, a blogger and filmmaker became interested in the mythology that surrounds Rodion. Luca discovered a handful of tracks by Rodion and footage of their 1980 NYE concert. He posted this online. This came to the attention of Future Nuggets. They’re a collective of musicians and producers who are determined to preserve Romania’s musical heritage. Then in 2012, Rodion G.A. made their comeback, after twenty-five years away from music. Then a year later, Rodion G.A. released their debut album 'The Lost Tapes', on Strut Records to acres of praise and press attention. Since then, Rodion G.A.’s comeback has continued apace.

Earlier this year, another Rodion G.A. release hit the shops. This was none other than Rodion G.A.‘s soundtrack 'Delta Space Mission' released on Record Store Day 2014. Fans worldwide were determined to get a copy of this previously unreleased musical Magnus Opus. The lucky ones weren’t disappointed. Now Rodion G.A. have decided to embark on their first European tour and will be making their debut London performance for us at Cafe OTO on bonfire night. Suitably exciting I'm sure you'll agree and no need for any "there will be fireworks" punnery as that is a given!
https://soundcloud.com/rodionga

BAMBOO is a new collaboration between Rachel Horwood of Trash Kit/Halo Halo and Nick Carlisle of Peepholes/Don't Argue. Based in Brighton and London respectively, Nick's reverberating synths and 808 rhythms combine with Rachel's looped and octave-pedalled Asian banjo and crystalline vocals to create a mystic folk pop soundtrack to a Studio Ghibli yet to be made.
https://www.facebook.com/bamboosongs

ROB SHUTTZ plays a solo, hacked bass, looped type of music. Elements of shoegaze, folk, experimental and others are present. His portfolio piece 'Looming' represents, in purpose and theme, a personal checkpoint. It is a culmination of years of inaccurate appropriation and the most complete piece he has donated to the worldwide spectrum. A peek at a future lurking around the corner. From its ugly, trudging bass-line and lamenting mantra, a timid yet hopeful melody grows into a defiant crescendo. The accompanying video is an exact copy of the song's live structure, and shows a little of the way he make these sounds. Part 1 of a collection of sounds, currently recording, more soon.
https://soundcloud.com/robshuttz

See you tomorrow, looking forward to it!
UPSET THE RHYTHM
x

Posted by UPSET THE RHYTHM at 02:24 No comments: 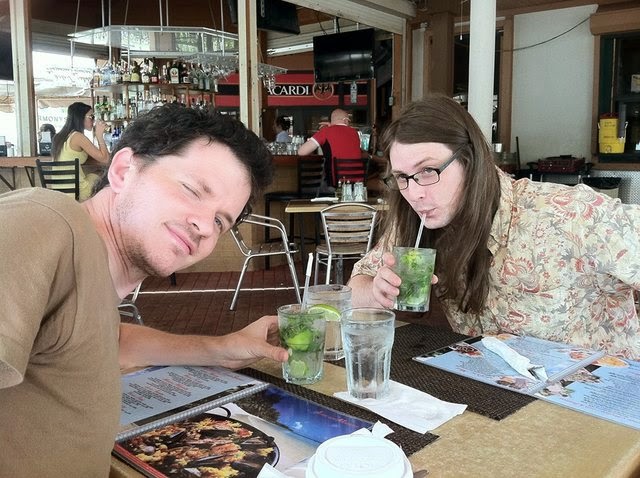 ED SCHRADER'S MUSIC BEAT begin their European tour this weekend! They are one of the most brilliantly bizarre and bizarrely brilliant live forces you will ever behold, go check them out from Barcelona to Paris with lots of cities in between!

Posted by UPSET THE RHYTHM at 09:44 No comments: