Here's a poster for our Protomartyr, Sauna Youth and Bomber Jackets London show in November! 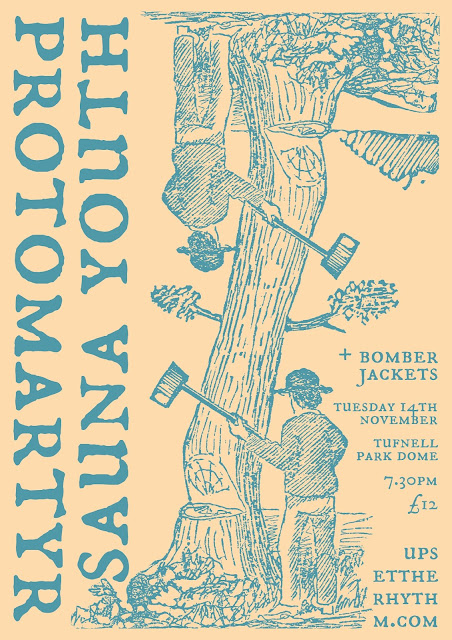 Posted by UPSET THE RHYTHM at 00:52 No comments: 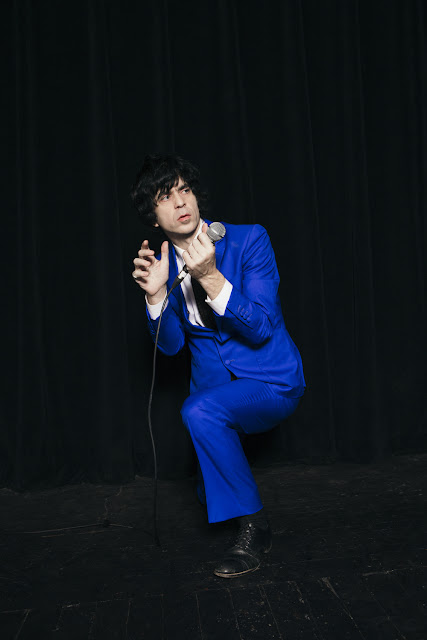 ESCAPE-ISM is a solo project from Ian Svenonius. Svenonius is known for his work in groups The Make-Up, Chain & the Gang, XYZ, Weird War and author of underground bestsellers such as The Psychic Soviet, Supernatural Strategies for Making a Rock ’n’ Roll Group, and Censorship Now! Recognised by Performer Magazine as the “greatest performer on the planet”, Svenonius is profound, prophetic, perverse, and poetic. His debut solo album an ‘Introduction to Escape-ism’ is released through Merge soon, teaming up a drum machine, guitar, cassette player, and a single voice singing out… for a way out. Svenonius’ songs cry out for love, justice, redemption and insurrection, they stomp on convention and clobber notions of what music can be. Live, Escape-ism a new paradigm of performance: raw, gestural, idiotic, sublime, revolutionary, poetic, faux naïf, unknowing, a drainage pipe that leads to who knows where. ‘Introduction to Escape-ism’ isn’t just the soundtrack for a late-night drive on a lonely interstate, or a platter played to incite abandon at a pajama party with one’s pals. It’s also a tunnel to tomorrow. It’s a mineshaft to the motherlode. It’s 100% unadulterated Ian Svenonius.
http://smarturl.it/escape-ism

Posted by UPSET THE RHYTHM at 07:14 No comments:

Come one, come all!
Today we’re announcing our new LP by The World. The World are five people from Oakland, California who write boisterous dance music with a post punk tool kit and an insightful yet short attention span.
Posted by UPSET THE RHYTHM at 11:50 No comments: 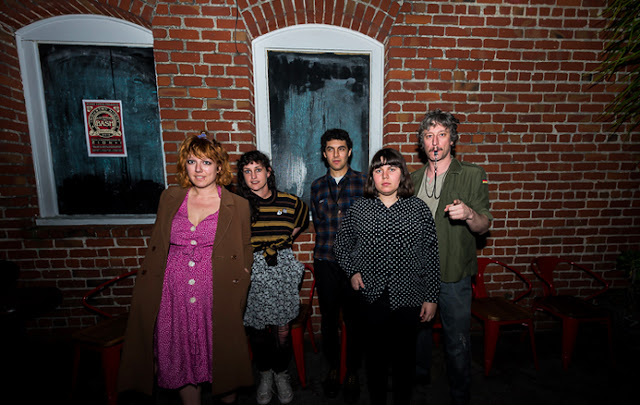 We're besides ourselves to share with you this new song from The World this morning! The World are five people from Oakland, California who write rambunctious dance music with a post punk tool kit and an insightful yet short attention span! 'Hot Shopper' is taken from the bands debut album out October 9th on Upset The Rhythm.

Full European tour dates to come imminently!
x
Posted by UPSET THE RHYTHM at 02:19 No comments:

Gen Pop's debut 7" (UTR100) is released today, plus news of our Sunday concert for Amor, Bamboo and Middex!

Posted by UPSET THE RHYTHM at 04:28 No comments:

Show spotlight - Shannon And The Clams will be playing London next month! 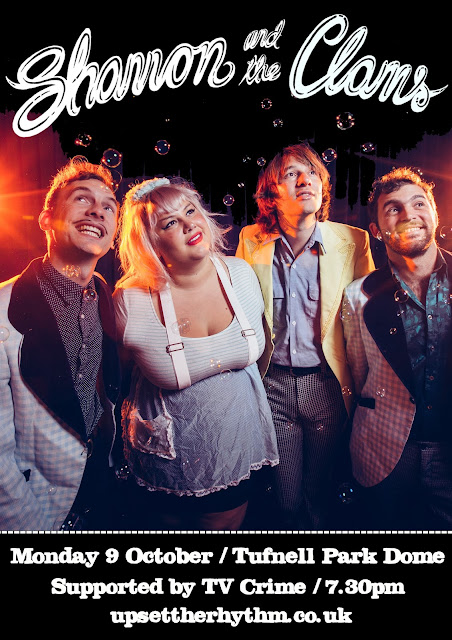 Upset The Rhythm presents…SHANNON AND THE CLAMSTV CRIMEMonday 9 OctoberTufnell Park Dome, 178 Junction Road, Tufnell Park, London, N19 5QQ
7.30pm | £12 | https://www.wegottickets.com/event/407314
SHANNON & THE CLAMS are from Oakland, California and comprise of Shannon Shaw (vocals, bass), Cody Blanchard (vocals, guitar), and Ian Amberson (drums, vocals). Sounding like a prom band from 1964 getting dosed with acid and having the sweetest lovelorn freak out, Shannon And The Clams defy expectations. Imagine a brawling Etta James, backed up by the 13th Floor Elevators singing Shangri La's tunes. Shannon has a voice that can go from a sweet girl group croon to a bluesy ballsy growl before you realize you're headed for the (dance) floor. It's total punk rock bop, brimming with doo-wop glory delivered to your door by the Homecoming Queen and Kings of weirdo rock 'n' roll. What started as an open mic project for a shy, young Shannon to try out some tunes ended with the Clams meeting and forming a band. Many have said to have been possessed by thee (eerily similar at times) haunted howls and beautiful growls of their two lead vocalists, hypnotized by their heavy heartbeats, and mesmerized by their magical music. Your ears may become infested with a real Buddy Holly jolly kinda joy (oh boy) while you stutter along to a hiccupy song. Take a scratch and a sniff at these stickers and get bit by their bad-brained snarls. It's always Christmas (if you want it). It's your party time, and it's excellent. Cry-yi-yi if you want to, but be sure to surf a splish-splash with a laugh later. Recent album, 'Gone by the Dawn' (Hardly Art) is monumental; immense, magnificent, and unforgettable. Shannon and the Clams have pioneered their way into a lonesome land where the past still lives in the long shadows of a hot afternoon, where whispering spirits follow high along canyon walls, and if you sink your fingers into the dusty hard-packed earth you pull out hands smeared with blood. http://shannonandtheclams.com/
TV CRIME are a new garage punk / power pop band from Nottingham who come fully formed. Their debut single 'Hooligans' (out of Satic Shock) is a total stomper of a power pop song that starts like a classic Good Vibrations Records 7" with The Moondogs-esque guitar work and the energy of 90's legends New Bomb Turks or Gaunt. Flip 'Wild One' is another pounder but with a more rock 'n' roll twist. https://tvcrime.bandcamp.com/
Posted by UPSET THE RHYTHM at 03:39 No comments:

Posted by UPSET THE RHYTHM at 03:10 No comments:

Rattle's tour of the UK with Myles Manley starts today! Look out! Go see them play near you imminently! 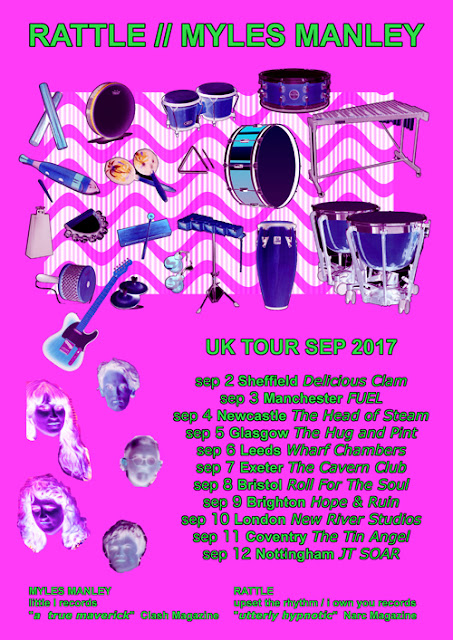 Posted by UPSET THE RHYTHM at 00:11 No comments:

Robert Sotelo's debut album out today, plus Laraaji and Lowtide in London!

Posted by UPSET THE RHYTHM at 06:32 No comments: