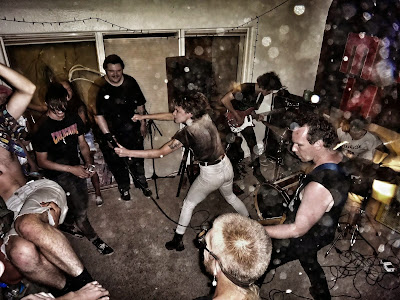 Hey there! We'll be releasing VEXX's re-mastered debut record 'Vexx' on September 29th, it's one helluva death-defying listen, stream it below! It'll be a joint venture with our friends at M'Lady's Records and will be available on LP and CD too, pre-order is up now:

Posted by UPSET THE RHYTHM at 03:51 No comments:

THE UV RACE and WOLF EYES this week!