The Oblivians and Deaf Wish in London tomorrow, Heather Leigh and Asiq Nargile next week!

Good afternoon!
Firstly, huge thanks to everyone last Saturday for coming to see us at the label market in Spitalfields and later on attending the Daniel Wakeford show, unnervingly high levels of fun were reached, so thank you for all your support.

This week we’re stratospheric to welcome garage punk instigators The Oblivians back to London for the first time in decades. Taking place at Tufnell Park Dome tomorrow, the legendary Memphis power trio will perform a one off UK show for Upset The Rhythm. Joining them in support, Melbourne’s Deaf Wish will also be playing. Their recent Sub Pop album is a colossus of vigorous rock bluster, so all looks set for the perfect evening sprint through the punk void. We will have tickets available to buy on the door and amplifiers will crackle to life around 8.20pm, take note!

Next week, we’re extremely lucky to have another winning double headline concert booked in, this time for the enigmatic pairing of Heather Leigh and Asiq Nargile. Thursday 4 August is the date, The Forge in Camden is our venue of choice and sweeping vocal hushes, lapsteel laments, and ornamented lute flights through folk poetry are the order of the day. This promises to be very otherworldly indeed, read on for full write-ups on both upcoming performances.

One final thing, our great friend Gary McQuiggin has just unveiled a new video he made with Deerhoof for their two-minute head rush of a song called Dispossessor. Looking at actual, real, tangible magic in mathematics via the Banach-Tarski paradox and mysterious friend of the band Professor Appleblossom, the video is a whirlwind of sub-divisions and replications with hula hoops, toothpaste and chalked equations. Open your ears and mind to all things improbable, enjoy! 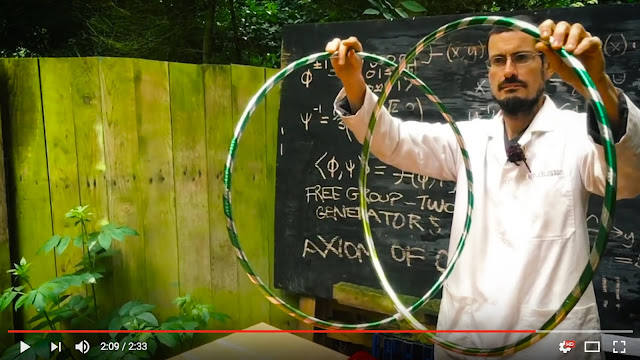 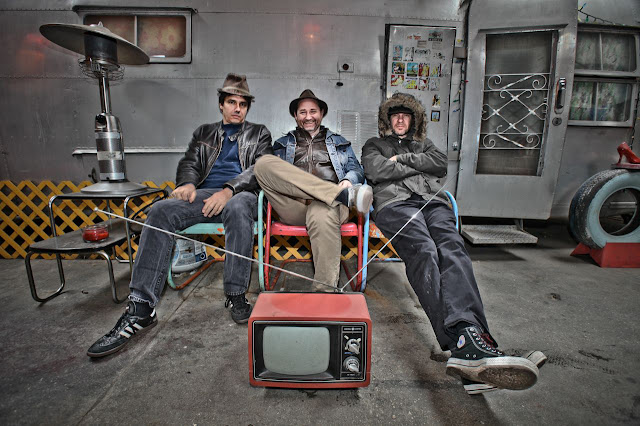 THE OBLIVIANS are a garage punk trio from Memphis, Tennessee who formed in 1993. The Oblivians make music that’s legitimately funny and provocative, and they make it sound dangerous. Between 1995 and 1997, they packed in blown out guitars and snarling, guttural vocals, all of which could have been filtered through a rusted out tin can. Their songs are fast and loud, and when they made their last proper record in 1997 with New Orleans weirdo composer Mr Quintron, they sounded like the MC5 being backed by an organist. They weren't around for very long, but in their relatively short time together, they cemented themselves as godfathers to today's garage punk landscape. The band recorded four LPs, as well as a number of EPs and singles, typically recording songs live in the studio, before disbanding in 1998. Since then, all three members of the band have kept pretty busy. Jack Yarber made some solo albums under the name Jack Oblivian, most recently with his backing band The Sheiks on this year’s album, ‘The Lone Ranger Of Love’. Greg Cartwright became the frontman of the mighty Reigning Sound, whilst Eric Friedl founded Goner Records. So it’s with some solid achievements under each of their belts that they reunited in 2009 to tour with The Gories, since then they’ve played numerous reunion shows all across the world before recording their newt record ‘Desperation’ in 2013. This show at Tufnell Park Dome is their first show in the UK for decades and looks set to be very special indeed!
https://www.facebook.com/theoblivians/

DEAF WISH, over the course of eight years, have amassed one of rock’s most exhilarating bodies of work, a concise run of wooly seven-inches and white-knuckle LPs whose legendary live translation has been most accurately described as “unhinged.” All this despite their being scattered across multiple continents, with no way of getting to know one another outside of intermittent touring. “We didn’t really know what this band was,” Tjhung says. “We had something, but it wasn’t clear—we had to figure out what that was.” Last year marked the arrival of ‘Pain’, the first album they’ve written since coming together again semi-permanently in Melbourne, and their appropriately titled first full-length for Sub Pop. It is a miraculously dissonant, wonderfully immediate display of Deaf Wish at their mightiest, alive with the same wild chemistry and sense of possibility that made their first recordings so vital.
https://www.facebook.com/deaf.wish 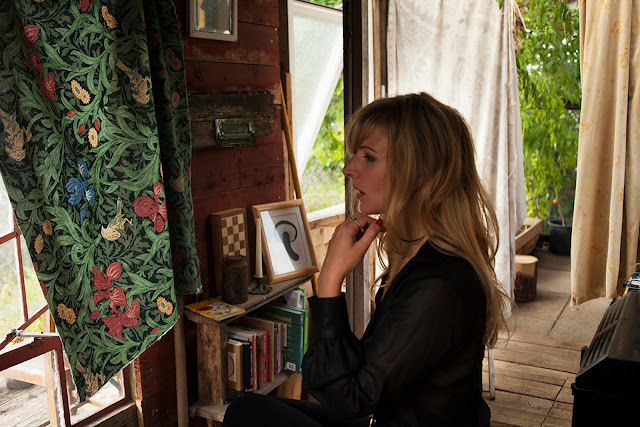 HEATHER LEIGH is the daughter of a coal miner, weaving a trail from West Virginia to Texas and now residing in Scotland. Heather travels the vast unexplored reaches of pedal steel guitar. Her playing is as physical as it is phantom, combining spontaneous compositions with a feel for the full interaction of flesh with hallucinatory power sources. With a rare combination of sensitivity and strength, Leigh’s steel mainlines sanctified slide guitar and deforms it using hypnotic tone-implosions, juggling walls of bleeding amp tone with choral vocal constructs and wrenching single note ascensions.

In late 2015, Heather Leigh released her first proper studio album, I Abused Animal on Stephen O’Malley & Peter Rehberg’s Ideologic Organ/Editions Mego labels to widespread acclaim. Renowned as a fearless free improviser, I Abused Animal is a breakthrough work showcasing Leigh’s songwriting prowess, foregrounding her stunning voice and her innovations for the pedal steel guitar. Warmly recorded in a secret location in the English countryside, the album transmutes the power of her captivating live performances to a studio setting, capturing her tactile playing in full clarity while making devastating use of volume and space. Heather Leigh explores themes of abuse, sexual instinct, vulnerability, memory, shadow, fantasy, cruelty and projection across the album’s psychedelic hymnals. At times the intimacy of the recordings makes you feel like she’s singing directly into your ear, playing just for you.
http://wishimage.com/

ASIQ NARGILE aka Nargile Mehtiyeva was born in Tbilisi and is now based in the Borcali region of Southern Georgia. She has been playing saz (long-neck lute) and singing since the age of 15. Fluent in Azerbaijani, Georgian, and Russian, Nargile represents the cosmopolitan heritage of old Tbilisi, a city once known as a meeting point for multilingual aşıq bards who would travel through the region serving as conduits for news, ideas, music and culture. A powerful solo performer, her vocal recital of epic folk poetry is by turns ecstatic and deeply expressive, and is interspersed with bursts of virtuosic, highly ornamented saz.

Equally comfortable performing moving laments or upbeat folk dances, Nargile is currently the only female aşıq living and performing in the ethnic Azeri region of Georgia, and has been teaching the art to new generations. Thanks to the efforts of The Sayat Nova Project,  a non-profit group aiming to help preserve and promote the diverse musical dialects of the Caucasus, European audiences can now experience the elusive, hypnotic beauty of Nargile’s music for themselves. A recording of her live performance at Cafe OTO will be released soon, following on from a successful UK tour with kindred folk channeller Richard Dawson.
https://www.youtube.com/watch?v=qgAb87RFgpk

Thanks for your time, see you tomorrow!
UPSET THE RHYTHM
x

Thank yous go out to Clash Magazine for hosting our new Deerhoof video for their 'Dispossessor' track from new album 'The Magic'. Looking at actual, real, tangible magic in mathematics via The Banach-Tarski paradox and friend of the band Professor Appleblossom, the video is a whirlwind of mutations and replications with hula hoops, toothpaste and chalked equations all featuring!

'The Magic' is out now on Upset The Rhythm.