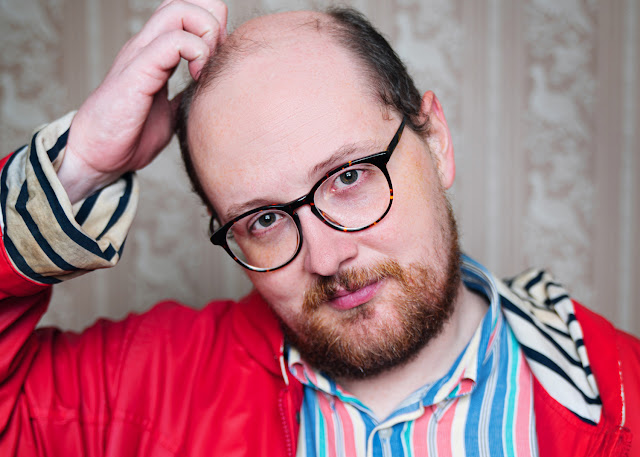 DAN DEACON returns in February 2020 with ‘Mystic Familiar’, his first album in five years and the stunning result of years of obsessive work, play, and self-discovery. It’s not only his most emotionally open record but also his most transcendent! Eleven kaleidoscopic tracks of majestic synth-pop that exponentially expand Deacon’s sound with unfettered imagination and newfound vulnerability. Since 2015’s ‘Gliss Riffer’, Deacon has branched out from his core body of work into a dizzying array of collaborative projects: scoring eight films, collaborating with the New York City Ballet’s resident choreographer Justin Peck on the dance piece The Times Are Racing; performing expanded arrangements of his music with the Baltimore Symphony Orchestra; and for the first time producing and co-writing an album with friends Ed Schrader’s Music Beat. Throughout all this Deacon was also working on a new suite of songs that wield the profundity of a philosopher and the absurdity of a jester. These songs make up his forthcoming ‘Mystic Familiar’ album, painting life as a psychedelic journey brimming with bliss and disruption, darkness and light.

Opening track “Become a Mountain” immediately announces itself as something new, for the first time ever on record presenting Dan’s natural singing voice, unprocessed and with only minimal accompaniment. When Deacon proclaims “I rose up” here, it is Dan Deacon singing in the first person as Dan Deacon—a startlingly vulnerable shift in a songbook abundant with characters, metaphors, and distorted vocals. “Hypnagogic” takes us deeper into Deacon’s mind, a synth swirl similar to those which have begun his recent performances, absorbing the pulse of the room and extending that abstract moment in which a journey begins. From there, ‘Mystic Familiar’ then takes a propulsive leap with the robotic drums and soaring melodies of “Sat By a Tree” and the four-part “Arp” suite offering up a dialectic view of life. It’s an album that captures an artist mindfully evolving his music from playful beginnings to encompass a prismatic cosmos of addictive ideas, melody and purpose! This special Scala show celebrates the release of ‘Mystic Familiar’ and Dan’s long-awaited return to his spiritual kingdom of London!
https://dandeacon.com/

Posted by UPSET THE RHYTHM at 06:52 No comments:

Posted by UPSET THE RHYTHM at 04:52 No comments:

Check out this extraordinary video of Rattle performing 'Disco' at x-church in Gainsborough!
x

Posted by UPSET THE RHYTHM at 03:41 No comments:

Posted by UPSET THE RHYTHM at 04:01 No comments: 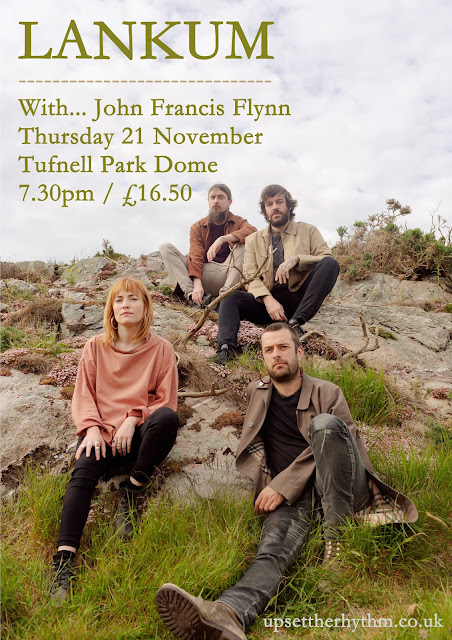 Born of years criss-crossing Dublin's folk and experimental scenes, their two albums Cold Old Fire (2013, recorded under former name Lynched) and Rough Trade debut Between The Earth and Sky (2017) breath new life into ancient/modern rituals with urban punk fervour, rural psycho-geography and, underpinning it all, the eternal drone of the uilleann pipes.

This new live show will be in support of their much-anticipated 3rd album, 'The Livelong Day', out 25th October through Rough Trade Records.

'The most convincing folk band to come out of Ireland in years' The Guardian
http://lankumdublin.com/


JOHN FRANCIS FLYNN is a singer and multi-instrumentalist whose work centres around traditional and folk material from Ireland and further afield. He is a founding member of the band, Skipper's Alley, with whom he has toured extensively throughout Europe and America. John is an active session musician around Dublin and has recorded with artists such as Lankum and Ye Vagabonds.
https://www.youtube.com/watch?v=6vuIIIOBr0M

Rattle on tour with Thurston Moore! 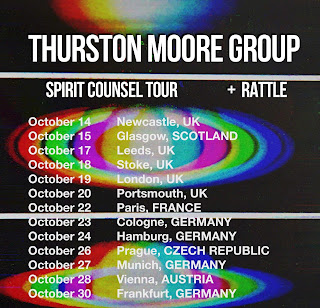 x
Posted by UPSET THE RHYTHM at 02:33 No comments:

Posted by UPSET THE RHYTHM at 05:13 No comments: