Ravioli Me Away in interview for The Quietus! 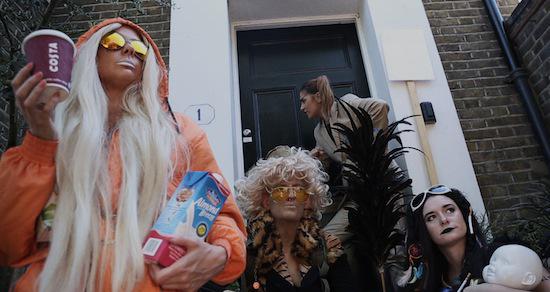 "Confrontation and humour in equal measures". The ever-brilliant Ravioli Me Away in interview with Melissa Rakshana Steiner for The Quietus here.

Due to phenomenal demand our Priests show will now take place at Oslo, Hackney.
More tickets have subsequently been made available! 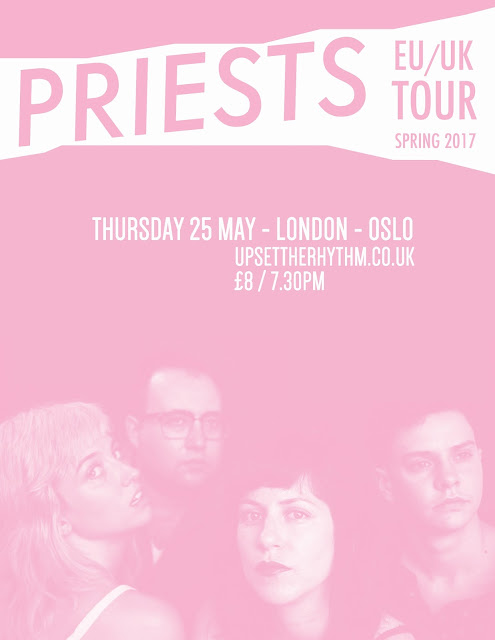 Posted by UPSET THE RHYTHM at 02:42 No comments: 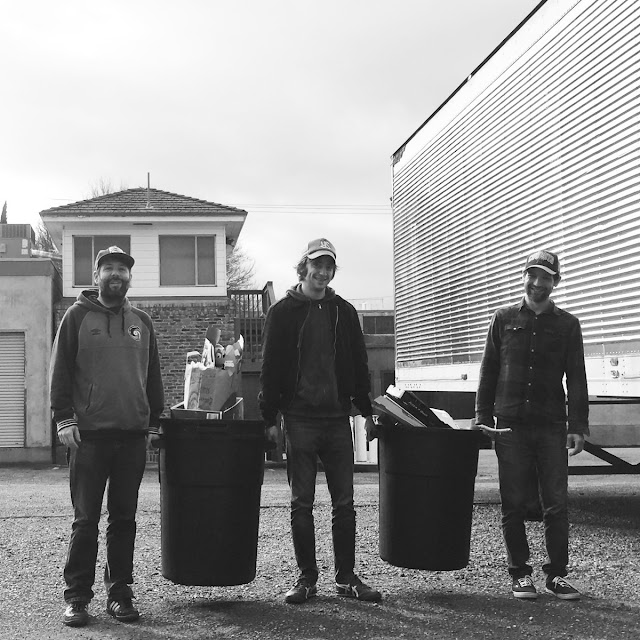 SPRAY PAINT are a no wave punk outfit from Austin, Texas made up of Chris Stephenson (drums/vocals), Cory Plump (guitar/vocals) and George Dishner (guitar/vocals). Spray Paint’s buzz-sawing guitars run headlong through labyrinthine tunnels of reverb, chased down by some wildly brain-bashing drums. All three members of Spray Paint sing too, helping create an uncontrollable sense of fervour as they jostle for the words. They work up a tone of paranoia amid the jagged rhythms, locking into a motoric groove that’s impossible to escape from, offset with stormy blasts of distortion. Since forming in 2012, Spray Paint have released six LPs and 7”s through SS-Records, Goner, Upset The Rhythm and Monofonus Press. They’ve wasted no time with hitting the road either, touring the US many times, with their friends Protomartyr and The Rebel.
http://spraypaint.bandcamp.com/

THE REBEL is prolific London outsider Ben Wallers; a charismatic lone wolf in a cowboy hat or trilby and a tie whose electrified howls are too idiosyncratic to be broken down into market-oriented terms. It is difficult to sketch a thumbnail summary of a musician who has amassed a vast and unwieldy discography under a variety of names and genres: the most widely acclaimed is probably the Country Teasers, but he also moonlights as, or in, the Rebel, the Company, the Male Nurse, the Beale, the Stallion, the Black Poodle and Skills on Ampex, across folk, country, garage, post-punk, no wave and electronic pop. In the main part The Rebel is centred around twisted Casio drones, clanging guitar and some defiantly deadpan vocals, all thrown in the pan and pressure-cooked in Wallers' mind. Wallers has amassed a near-unquantifiable discography over the past 20 years, from scores of more or less “official” LPs, EPs and 7”s to seemingly endless self-released cassettes.
https://vimeo.com/113318818

Posted by UPSET THE RHYTHM at 04:48 No comments: 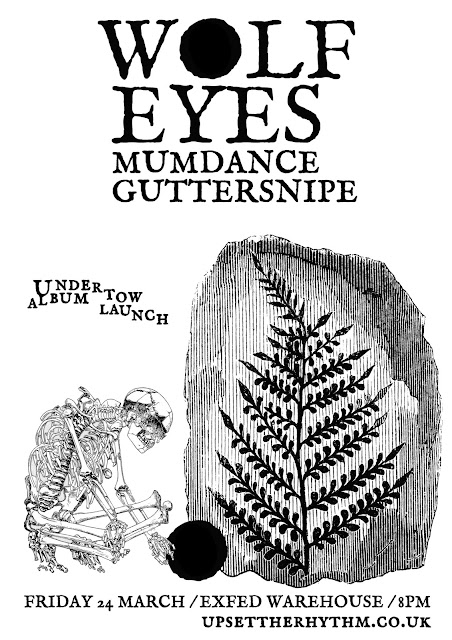