Excited to announce the album launch party for Robert Sotelo! 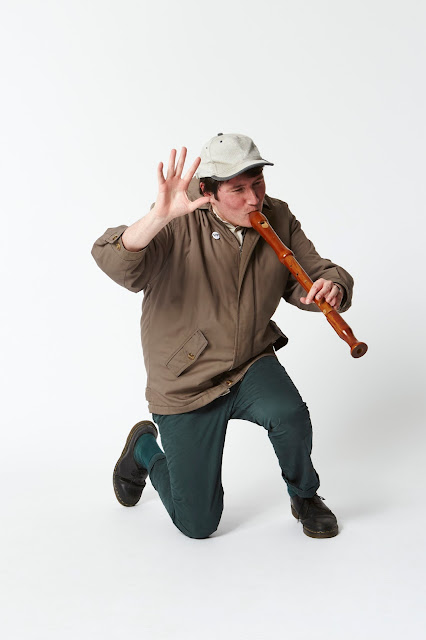 ROBERT SOTELO is the nom de plume of Andrew Doig, a 36 year old serial musician originally from Peterborough, UK. Andrew’s middle name is Robert, whilst Sotelo is his mother’s maiden name. Using this alter ego he’s been able to write and record the twelve songs that make up his debut solo record ‘Cusp’ (released on September 1st though Upset The Rhythm). Sotelo plays every instrument on the album and recorded and edited it with long term friend John Hannon throughout 2016 at No Studios in Rayleigh, Essex. Sotelo’s verdant world of sound is at once intimate, choosing to build songs up from ambitious layers of instrumentation into miniature psych pop overtures of genuine sincerity of feeling. Very much grounded in that particular forward-facing strain of mid-60s rock that edged towards Sgt Pepper, Sotelo’s music owes as much to Davies and McCartney’s unashamed belief in melody as it does to the uncertainty and confusion that comes with mid-thirties existentialism. ‘Cusp’ is an album that explores the individual in a post-social life era, with Sotelo starting the project initially as an attempt to re-engage with the people he used to know, without relying on nostalgia as a common bond. From this worthy spark of a plan, he’s created something grand and compelling, a vast tapestry of songs that stand up and sound afresh.
https://soundcloud.com/robert-sotelo-3

CLEMENTINE MARCH was born in France, and musically trained in Brazil, now as a Londoner she writes songs and instrumentals that cross language and genre borders, mashing raw rock sounds, pastoral pop compositions and Brazilian influences with her experience of playing with, to name a few excellent co-conspirators, Snapped Ankles, Julien Gasc, Mega Bog, Pollyanna Valentine, and her own previous band, Water Babies.
https://clementinemarchofficiall.bandcamp.com

POZI are a new London-based trio and brainchild of Toby Burroughs formerly of Totem (Moshi Moshi Records). Synth-like electric violin weaves through rampant drums and stomping bass, filling your headspace with sparse, angular energy. Their unique world will hypnotize you - it can be manic, fun and unnerving but will get you moving!
https://soundcloud.com/poziband
Posted by UPSET THE RHYTHM at 10:56