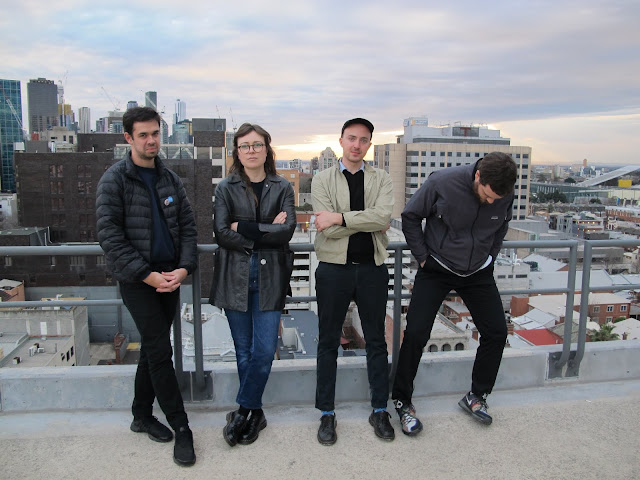 CONSTANT MONGREL are a Melbourne post-punk band with releases on Silt Breeze, RIP Society and most recently La Vida Es Un Mus and Antifade records. Over their 10 year existence Constant Mongrel have added members while developing a unique sound and continually built momentum leading to their successful 'Living In Excellence' LP in 2018. The latest record has a sharper British Post Punk expression reminiscent of legendary acts such as Wire, The Fall, Flux of Pink Indians while maintaining their Australian edge and character that exist among their local brother/sister bands Total Control, UV Race, Ausmuteants, Lowlife and Terry. With striking riffs and catchy rolling bass over an often unhinged, vibrant rhythm section with fried saxophone and synths Constant Mongrel are a captivating live band. The bands lyrics and themes vary in subject matter from songs of certain romance, to the joy of a riot, atrocity of western religion, an abundance of a fresh modern fascism, white-middle-class-self-entitled guilt and the beauty in misinterpretation. But behind every idea the tongue remains continually in cheek as the band’s humour seeps through and prevails in its sound.
https://lavidaesunmus.bandcamp.com/album/living-in-excellence