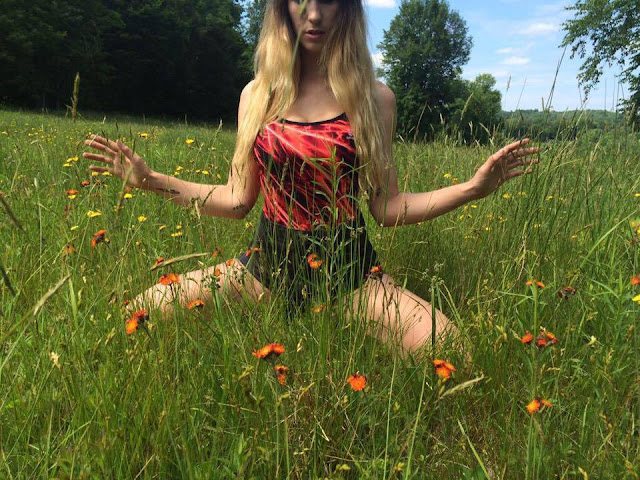 EARTHEATER is Alexandra Drewchin, a New York based musician and artist who seeks on a daily basis to upgrade her mental software. Also known for her shamanic performances fronting Guardian Alien, Eartheater is Drewchin’s unshackled solo vessel, a deliberate distillation of voice, synths, guitar, and electronic production techniques into short-form compositions teeming with crystalline details. At any given moment, an Eartheater composition reads somewhere between a folk song, a musique concrète collage, and a filmic suite fit to soundtrack a cosmic montage that only she can imagine in full detail. Her intricate ballad arrangements rise from standing pools of hi-fidelity synthesis, while her dynamic vocal performances span an untold number of tactics and tonalities. Drewchin builds layered electronic productions possessed of enough detail to constitute stand-alone worlds, each weighted thick with text and texture. October 2015 saw the release of her second album in the same year on Hausu Mountain, ‘RIP Chrysalis’.
https://soundcloud.com/alex-drewchin 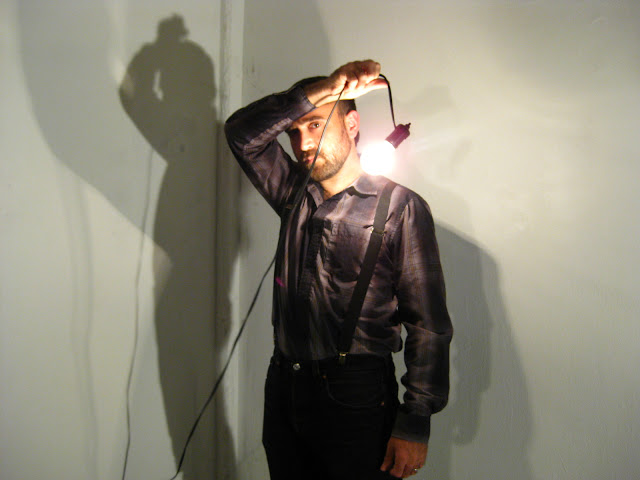 GABRIEL SALOMAN is a Vancouver based musician and artist who has been performing experimental, conceptual and freely improvised music for over 15 years. He is best known for his work as half of Yellow Swans and currently composes and performs solo as GMS and Sade Sade. His music investigates temporal abstractions, conceptual sound and gestural noise. There is a parallel concern with sound art as both liberating practice and praxis. In recent performances and recordings Saloman’s music has been composed of percussion, tapes, mixer-feedback, guitar, keyboards, piano and voice. In particular Saloman has explored the use of found sound, field recordings, percussion and processed blank cassettes.
https://gabrielsaloman.bandcamp.com/ 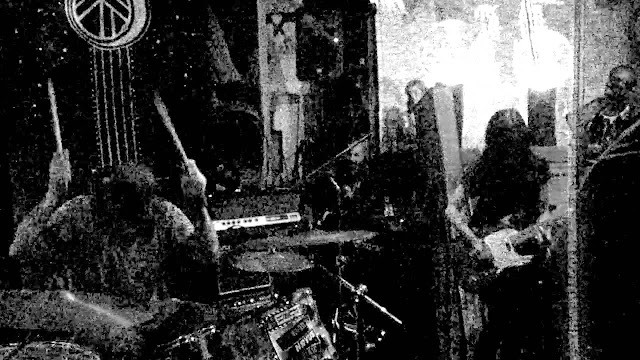 COMMON EIDER, KING EIDER has always been an enigmatic project, marching to the beat of its own tribal drum and operating on the fringes of an already fringe scene—one that finds comfort in sweeping drones, stirring neofolk, field recordings, and pastoral near-silence. This endeavor (the collective effort of Rob Risk, Blaine Todd, and Andrew Weathers) bends noise and feedback to his will, smoothing out harsh edges into something soothing, gentle, and quite lovely; nature infuses every note and every pause, and that the project's latest album, ‘Unhuulda’, has a heavy environmental focus and its five movements sound like a dark forest evening is no coincidence. ‘Unhuulda’ is the latest offering from Common Eider King Eider's own imprint, Caribou People. It comes with a handmade book of poetry, printed with metallic gold ink on blood red 100% recycled paper.
https://commoneiderkingeider.bandcamp.com/